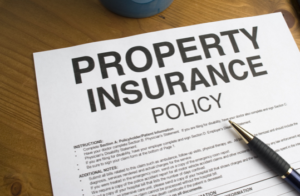 (The Center Square) – A quadfecta of factors is merging into one bottom-line reality for Florida’s 6.2 million property insurance policyholders: significant rate hikes await when they next renew policies – if thinly capitalized carriers opt to renew them at all.

State law requires insurers appear before OIR if they propose rate increases of more than 15 percent. Between 2013-19, only one did so.

CPI writes business in South Carolina and Louisiana, in addition to Florida, and owns SFPCI, which has 113,000 policies across Florida, South Carolina, Louisiana and Mississippi.

CPI had 108,870 Florida policies as of May 3, according to OIR, making it one of the state’s top 10 homeowners insurance companies.

OIR approved CPI’s request in May to shed 23,800 policies it inherited from SFPCI in February 2019, leaving it with 84,000 Florida policies, “to protect the best interests of the public and policyholders.”

CPI initially proposed a 47 percent hike, amended it to 36.5 percent and then 26.2 percent after OIR issued a consent order in May allowing it to drop the 23,800 policies because without the cancellations the carrier “will continue to generate unsustainable losses.”

During a February OIR hearing, CPI/SFPCI President and CEO Jimmy Graganella said reinsurance costs and lawsuits are primary drivers in driving up rates, with loss creep and coastal flooding not related to hurricanes also contributing.

Florida’s insurance structure is based on reinsurance, essentially insurance for insurers, because many independents that emerged after major carriers abandoned the state after the 2004-05 hurricane seasons are thinly capitalized.

Many rely on private capital from hedge funds and other sources that are essentially gambling hurricanes won’t happen to incur mass losses.

After a decade without a landfall hurricane, 2017’s Hurricane Irma caused $17 billion in damage, and 2018’s Hurricane Michael as much as $12 billion, ending an era of “soft pricing.”

Because Florida allows claims to be filed three years after an event, reinsurers are hedging their bets by requesting carriers raise rates between 25 percent to 45 percent to account for loss creep from the 2017 and 2018 storms.

Graganella said although Florida lawmakers revised the state’s “assignment of benefits” (AOB) provision in 2019, excessive litigation continues to impose significant costs on insurers, with 36 percent of claims received by his companies the last year filed by attorneys on behalf of policyholders, up from 4 percent several years ago.