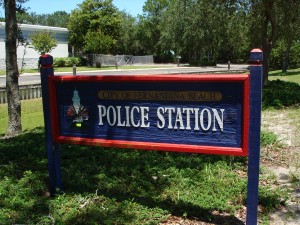 A young woman who had just moved into town invited a man she  met at a bar one evening to come back to her apartment with her.  They talked  for several hours, and then  [pause] at 0425 the morning, the woman called 911 and whispered to the dispatcher:  “He’s trying to rape me and I need help.”  When Police arrived, she described the man’s unwanted sexual advances (in some detail) and his threats to harm her physically if she didn’t cooperate.   She wanted to pursue criminal charges against the man  — who was at that point lying on the couch in her apartment.  Asleep or not, I do not know.   He was arrested.  And his criminal record disclosed he had already had THREE  convictions for battery.

The driver filled up her truck with gas.  Shortly after driving away from the station,  she smelled what she thought to be leaves burning.  That  smell was followed by smoke coming out of the a/c vents on the right side of the truck.  Then came little flames “dripping” onto the floorboard.  She tried to put  the flames out with a paper towel.  Didn’t work.  By then, the smoke was getting very thick.  The driver pulled over and got out – hoping to find a fire extinguisher at a nearby shop.    The fire was beyond the fire extinguisher stage at that point.  As a matter of fact, shortly after she got out of the truck, it was engulfed in flames.   Fire/Rescue put out the fire.

Twenty-five minutes after an apparently intoxicated individual arrived home from a local bar, she noticed that two windows in her home were broken.  She called the Police.  The house was searched for both a suspect and to ascertain whether or not any articles were missing.  No suspect.   Nothing missing.  But…. there was a bowl of pasta in the microwave that nobody in the family remembered being there when they went out for the evening.  There are no current suspects.

Seventy-two Oxycodone pills were reported stolen from an individual’s home.  Nothing else.  No evidence of forced entry. The case has been passed on to the Investigation Bureau.   The individual’s doctor won’t write a prescription to have his pills replaced without a police report.

A defendant discovered that a store’s electric courtesy cart isn’t free for the taking — and driving off down the sidewalk —  if it is left unattended in the store’s parking lot.

On evening, at a local bar, two females got into an altercation.  One pulled another to the floor by her hair.  The “pull-ee”, so to speak,  said she wanted to pursue charges against the “pull-er” so the Police proceeded to take the “Pull-er” to the Police Station after talking with her and observing her go through an array of mood swings.  Unsteadiness of foot, slurred speech and heavily blood-shot eyes were mentioned in the report.

It is called a False Report of a Crime if you claim  a person has slapped and shoved you to the ground when the Police happen to know that the accused person is in Baptist Jacksonville at the time of the supposed battery.

It was a routine traffic stop for an improper tail-light. but it turned into an arrest on an open warrant for driving on a revoked/suspended license since 2009 and failure to pay court costs in 2010.

All Delta Squad responded simultaneously when Dispatch received a call indicating that three suspects were trying to gain access to several cars in a single neighborhood off South Fletcher one evening.  The suspects couldn’t be found.  But there was no evidence that they had gained access to any of the vehicles. (A good thing).  Three young men fitting the description of the suspects were picked up at a traffic stop across town a short time later.  Multiple cell phones,  iPods, a mobile GPS and a camera were found inside their vehicle.  (Not a good thing.)

Editor’s Note: After a career in adult education, where writing, course design and development were her “beat”, Deborah is now enjoying the world of freelancing. And volunteering. We thank Deborah Powers for her contribution.