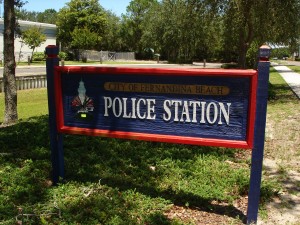 Deceased.  Our Police officers are so often with the family just before or just after — as are our Fire and Rescue personnel.  We are a small town, so there are times when the deceased is a person known to one or more of the responders.   One of the latest death calls was for an 80 year old cancer patient, awaiting Hospice care.

Boxes containing 1500 rounds of Magtech centerfire cartridges were dropped off by a delivery man.   But, whoops,  the citizen receiving them doesn’t own any weapons, nor has he ever ordered any ammunition.    The boxes  had no delivery markings and contained no shipping manifest.  If the rightful owner is amongst our readers, he/she will find the ammunition now safely stored in our Police Department’s Evidence Room waiting to be claimed.

“We gotta go,” they told a friend as they dashed out of her apartment and headed down the street.  In the wee hours of the morning.  The two men were later apprehended and arrested for Burglary and Grand Theft.   A witness had seen them carry large amounts of food onto the front porch of their friend’s building.    But where did it all come from?  From their neighbor!   Right out of the restaurant’s large walk-in cooler and a locked refrigerator.

The driver seemed to “be in a happy mood and continued to smirk and smile” after he was stopped for going 75 mph down South Fletcher ( a 35mph zone).  Two citations were issued:  DUI and Unlawful Speed.

Boyfriend, according to Girlfriend, arrived home very drunk.  They argued.  Girlfriend wanted to take their 2-week old baby and go to her mother’s home.  Boyfriend didn’t want her to “leave with his child.”  Police were called for assistance.  When Boyfriend understood that he did not have any legal custody of their baby because he was not married to Girlfriend, he “calmed down.”  Girlfriend went to Mother’s home for an overnight with baby.

He was charged with a DUI after being stopped for going the wrong way on a one-way street.  He claimed he only felt his  drinking “a tiny bit.”  However, he showed multiple signs of impairment when tested.   The firearm in his car was “taken for safe keeping.”  It is now in the evidence/property room at Police Headquarters.

A citizen thinks she left her 52 morphine tablets — and 18 Valium — in her hotel room in Atlanta.  They were not turned in.  She was advised by her doctor that a police report had to be filed before he could attempt to help her.

It almost sounded like a Hansel and Gretel story of dropping bread crumbs along the way — but in this case, it was a trail of oil that led Police to the Suspect.  His truck was seen hitting a fence and then leaving the scene at a high rate of speed.  But the fresh trail of oil did him in.   It spilled out of the bottom of his truck and led Police directly to the driveway where he had parked his vehicle.  But where did he stop?   At the home of a friend who he decided to visit — unexpectedly —  just a few minutes after the fence incident.  Suspect, “very unsteady on his feet” and with “extremely slurred speech”, admitted the truck was his but denied hitting the fence.  He told Police, “I’ll tell you what happened if you don’t bring me to jail.”  He was taken to the Nassau County Detention Facility.  Bond was set at  $6504.00.

The victim was reported to be screaming for help.  When Police arrived, they discovered the hysterical woman outside the passenger side of the car,  clutching her torn shirt together, with her pants partly down.   The top button of the  pants was missing and the zipper torn.   The suspect got out of the driver’s side, enraged, and screaming obscenities.  When he refused to obey Police commands, he was  placed in the patrol car for safety reasons.   The situation was deemed to be a domestic dispute that had become a physical struggle as the suspect tried to force the victim into the vehicle against her will.  The suspect told Police that he has “a history of violence.”  The incident took place at just before 3 in the  morning in a parking lot near a bar.    The suspect had called the victim  to come pick him up. The suspect also told Police he is on probation for a DUI.  Suspect was arrested for false imprisonment and domestic battery.

Police drove into Suspect’s driveway and informed him he was being arrested on 4 separate — and active — warrants for the sale of drugs.  A plastic bag of white powder and several rocks of crack cocaine were in plain view in his car.  Suspect told Police that he didn’t smoke crack, but he would have sold all he had on hand “today.”  The  drugs and the $480 in his pocket were seized and put into evidence.

The suspect admitted to her employer that  she was selling the drugs she was stealing from patient supplies at the nursing home where she is employed.   But she said she didn’t use them herself.

Just before midnight, Boyfriend called Police to advise that his newly-moved-in girlfriend had just stolen his truck.   Boyfriend reported he had given Girlfriend the keys  to go get some pain meds out of the vehicle.  A few moments later, he looked outside and Girlfriend, as well as his truck, were gone.  And so was the $100 that had been in his pants pocket before he went to take  a shower prior to truck and Girlfriend disappearing.  Since Boyfriend had allowed Girlfriend to use the vehicle in the past, the missing truck wasn’t considered “stolen,” but rather a case of  “unauthorized use of a vehicle.”  A BOLO was initiated.

Two apartments were found dead-bolted, but both tenants claimed they didn’t do it and didn’t have keys to the deadbolts.   The tenants were mystified about how it happened.  The first tenant was only missing his rent money.  The second was missing his rent money, plus a Kindle Fire, a laptop, credit cards and $200 in loose change.  The only person they knew to have keys to the deadbolts was their landlord and he hadn’t been seen for over a week.  Neither had he been there to receive their monthly rent when it was due.    Case was forwarded to Investigations Division.

The guest advised Police that no, she hadn’t told her brother she wanted to kill herself or planned to hang herself in his home that day, as he claimed.  Yet, she did admit she needed help, but “doesn’t have time for it.”  Based on Police officer observations, and their fear that the guest  might harm herself, she was transported to the Mental Health Center in Jacksonville.

Mother repeatedly claimed to have been just “playing around “ when Police told she was being arrested for aggravated assault (domestic violence). There was a little problem with her claim.  Daughter’s fiance had videotaped the whole episode —  and Mother was seen and heard yelling,  “Somebody is going to [expletive deleted] die tonight,” as she walked toward her daughter, brandishing  a kitchen knife.   Mother and knife — along with the video camera —  were removed from the house,  Mother to go to jail, and the evidence  to Police Headquarters.

Editor’s Note: After a career in adult education, where writing, course design and development were her “beat”, Deborah is now enjoying the world of freelancing. And volunteering. We thank Deborah for her contributions.