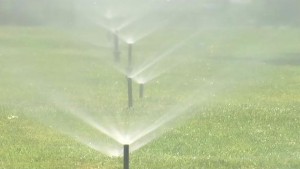 On December 4, 2013, the City of Fernandina Beach conducted a comprehensive rate study of Water and Sewer rates. The study proposed that annual adjustments satisfy annual projections of operating and capital costs, ensure adequate net income to satisfy annual debt service and rate covenants on outstanding debt obligations and establish and/or maintain operating reserves at targeted levels during the projection period. Ordinance 2015-14 recommended an annual increase of 3 percent for water and sewer rates adopted in 2014.

The proposed changes are listed below in yellow: 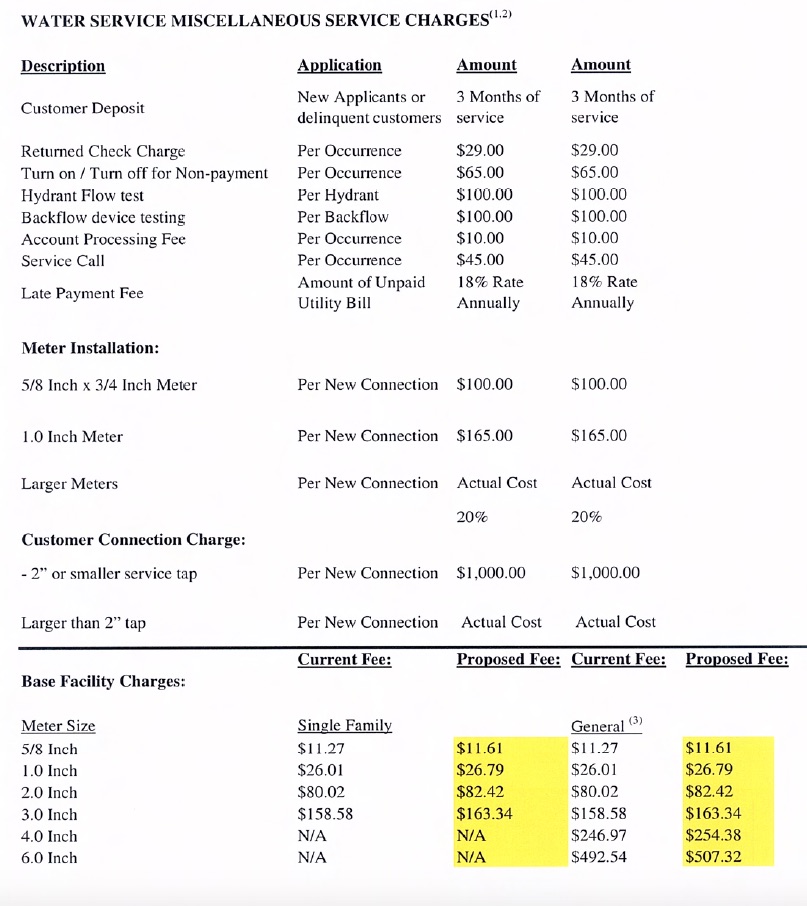 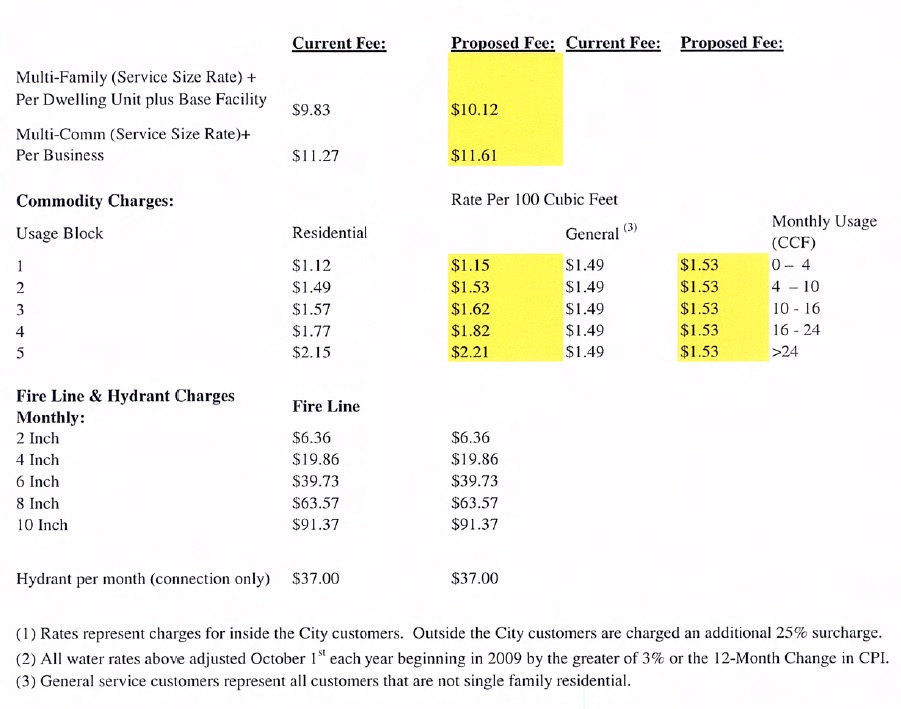 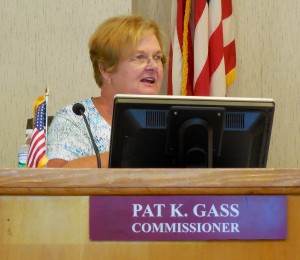 Commissioner Pat Gass said that she would not be able to support the fee increase, citing her reason. “At the present time, and the way the budget is going,” she said, “there’s going to be a tax increase because we are not going to lower the millage rate to compensate for the increase in property values [rollback rate]. We are also going to borrow money and extend the life of the franchise fee loan for another seven years. … We just seem to be hitting the taxpayers every which way but loose. If we are not going to give them a helping hand on one side, then we need to do something on the other. In order to recover from a recession and to move forward, it can’t be just take take take and spend spend spend. We’re going to have to cut them some slack somewhere, whether in the millage rate or the borrowing or the franchise fee loan extension. Somewhere you’ve got to cut them a break. So this is where I’m taking my stand. I don’t necessarily think anybody else is coming with me, but no, I will not be voting for this fee schedule increase.”

The ordinance passed on a 3-2 vote on first reading, with both Gass and Vice Mayor Johnny Miller voting against the measure.

Were the proposed base sewer rates supposed to be included too in the chart provided?

These continuous annoying increases may not have been necessary except for the inept decision to purchase the system for an unconscionable amount some time ago and then to misuse impact fees to fund non water department activities. The impact fees and the surcharge for county residents, who came along with the purchase albeit the intent of the statute was for up to 25% surcharges for hook ups to an existing facility-not for existent customers, were deemed necessary to fund the purchase. The misuse of the impact fees cost the city in attorney fees and reimbursements a huge amount of funds which must now be reacquired from the hapless citizens.