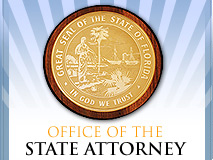 The following “Summary of Facts” are reported in the State Attorney’s Office investigation of the death of Anthony Jamal Bartley on February 10, 2014.

“At the time Deputy Quick discharged his firearm at Mr. Bartley, Deputy Quick was confronted with a person who was described as being suspicious, and who: (1) was covered in blood and had just approached a moving vehicle, (2) had failed to obey Deputy Quick’s lawful commands, (3) had charged at Deputy Quick and struck him multiple times, (4) had attacked Deputy Quick a second time after being tased, (5) had knocked Deputy Quick’s taser from his hands (6) and had continued to punch Deputy Quick with closed fists after telling Deputy Quick, “you are going to have to kill me.” Under the circumstances, Deputy Quick had reason to believe that the use of deadly force was necessary to defend himself and others from imminent death or great bodily harm.”

Information from the SAO was provided to the media today including numerous 911 recordings.  Out of consideration for the 911 callers, the Fernandina Observer will not produce the audio on its website.

If Sheriff Leeper Would be more open with news media and return their police monitors , The public could get information from an outside impartial source and probably have more trust in law enforcement . Sheriff Leeper is kind of like The K.G.B. He tells you what he wants you to hear .

I assume that by K.G.B “George” means the former Soviet State police and Intelligence agency. IF our Sheriff Leeper were “kind of like The K.G.B.”, “George” would by now be celebrating his insight in Siberia.