Nassau County Sheriff’s Office is investigating a missing and endangered person, 34 year-old Joleen Cummings of Hilliard, who was last seen on Saturday, May 12,  leaving her job at Tangles Hair Salon in Fernandina Beach. The Sheriff’s Office is asking for the public’s help in locating Cummings. 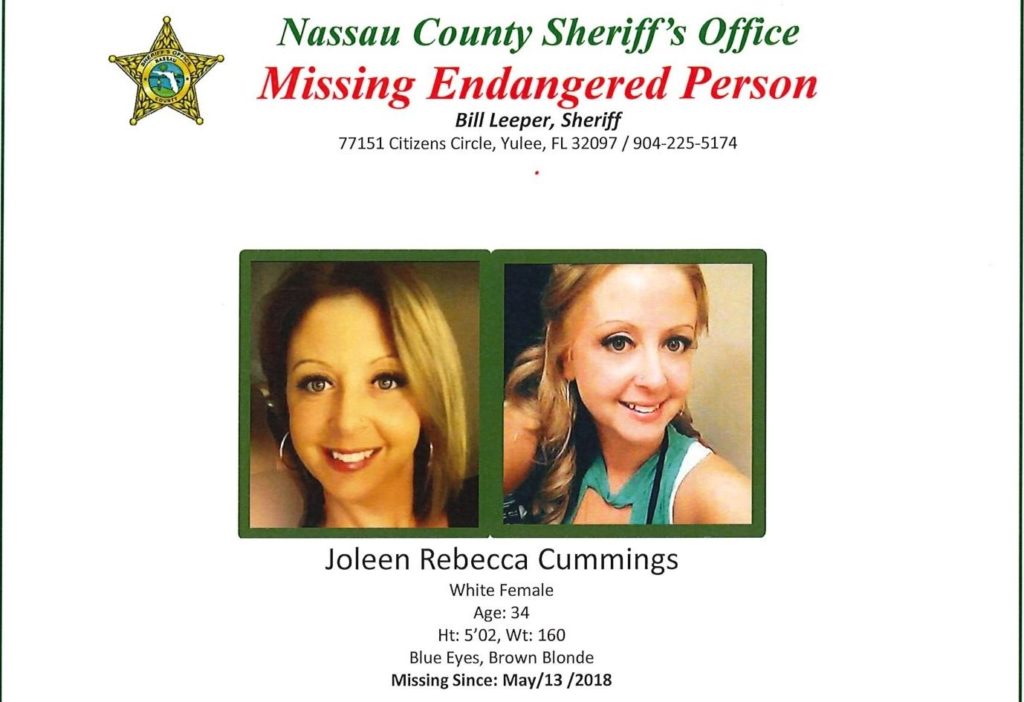 On May 9, 2018, Nassau County deputies responded to a domestic disturbance at Joleen’s Hillard residence.  According to the deputy’s case report, an ex-boyfriend, Jason Gee, “had gotten into a verbal altercation when she would not let Jason stay at her residence because he has an active warrant out for his arrest.” Jason fled the scene on foot and law enforcement was unable to locate him. Joleen told officers she suffered no physical harm.

If you have any information regarding Cummings disappearance, you are asked to call Detective Herrington at 904-548-4003 or if you wish to remain anonymous call First Coast Crime Stoppers at 866-845-TIPS. 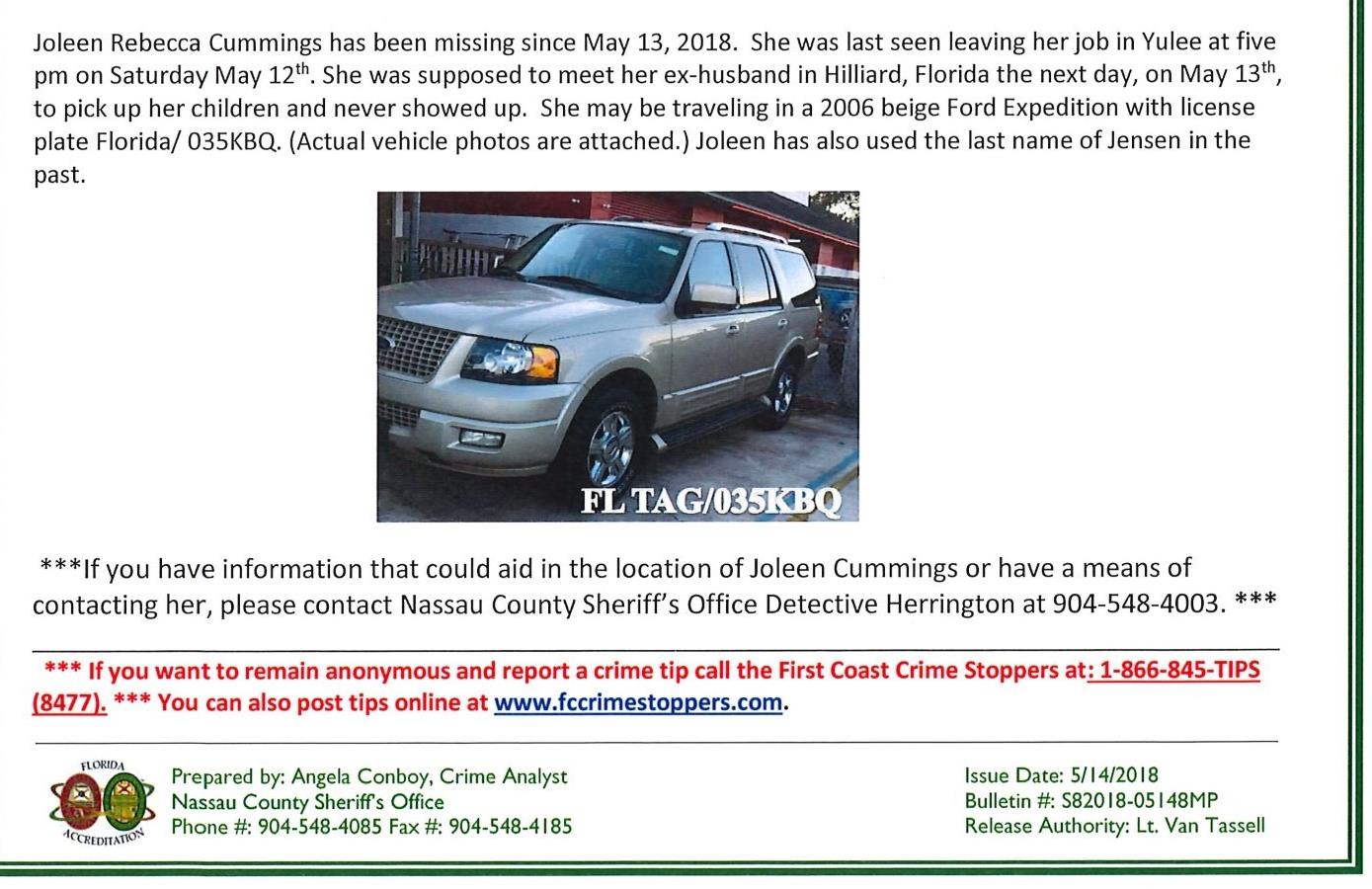