May is Mental Health Awareness Month – You are not alone . . . 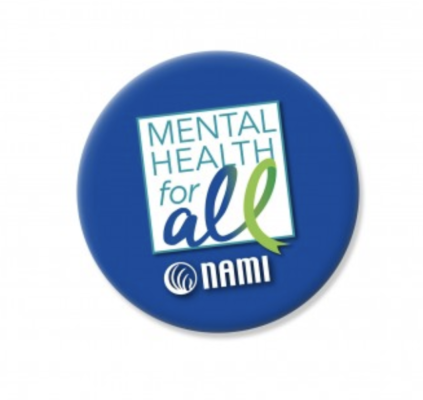 Did you know that May is Mental Health Awareness Month? And how better to recognize this than to consider the long history of NAMI, National Alliance on Mental Illness, a grassroots organization that has been helping people, right here in Nassau County, as well as throughout the country.

In 1977, two mothers in Madison, Wisconsin came together to share something that is often hidden from sight. They were mothers of children living with mental illness. They each had a son diagnosed with schizophrenia and needed help rather than “being blamed for their sons’ mental illness.”

After being able to share with each other about their own challenges, they decided to assemble people with similar experiences and concerns. From that conversation in 1977 grew a national alliance.

The suggested name was Alliance for the Mentally Ill, partly because its acronym was the French word for friend, AMI. Today its name is the National Alliance on Mental Illness, known as NAMI. The name change was made to reduce stigma and the discrimination associated with mental illness.

Around the same time, a similar situation was being played out between a mother, a grown son and a problem. The mother lived in Fernandina Beach and also had a son suffering from mental illness. Hattie Morris’s son came home from college in the midst of what she learned was a full blown psychotic episode. Her son was diagnosed with schizophrenia.

Hattie and her son Doug began a journey. Hattie quickly realized what so many others have also encountered –  the lack of education, understanding, and support for individuals and families affected by mental illness.

A decade after her son’s diagnosis, the Nassau County chapter of NAMI was formed in 1987. Hattie Morris served as president. She championed the need for more mental health services in our county for her son and others in similar circumstances.

Doug eventually stabilized from that episode as a college student. He was successfully treated with antipsychotic medication. He died in 2009 at the age of 54, due to complications related to his mental illness.

Her son’s death strengthened Hattie’s conviction to increase awareness about the need to improve available mental health services. So her work continued. Following her own death in 2015 at the age of 93, her legacy lives on.

Today, 1 in 5 live with a mental health condition. Chances are that a member of your family or someone you know is living with mental illness. Every day in Nassau County there are mothers, fathers, husbands, wives, sons, daughters, individuals and families feeling the difficult impacts of mental illness. We who know what it’s like will tell you that our response can be to isolate ourselves in our struggles and challenges. But look what happened when three mothers broke through the stigma that surrounds mental health!

NAMI Nassau County will be offering information and educational materials at the Health Fair on May 14 from 10 – 2 PM in the parking lot at Starting Point Behavioral Health. Please come visit!

You can reach us at our Help Line at 904-277-1886 (leave message),  by e-mail at contact@naminassauflorida.org, or on our website at NamiNassauFlorida.org.

You are not alone!