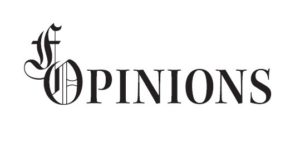 Mapping error, shmapping error! Let’s get something straight. The Amelia Bluff debacle isn’t about a mapping error as the City staff would have us believe, it’s about the City getting itself into a pickle of it’s own making, and then creating an new ordinance as an easy way out of the mess. Easy way out, that is, if you’re ok with losing seven acres of irreplaceable Egans Creek Greenway conservation buffer as the price.

If the vote taken on the first reading of the ordinance on February 19 is any indication, three City Commissioners are just hunky-dory with the trade off. Never mind prior to the vote, City Chambers were overflowing with citizens imploring the Commissioners to vote against the ordinance. What’s even more gulling, these same three Commissioners fall over one another proclaiming their “commitment to conservation”. Apparently it’s a whole lot easier to tend to sea turtle nests and proclaim your love of Right Whales than it is to face up to the prickly conservation challenges in your own community for which you campaigned and were elected.

For the benefit of those just coming up to speed on this conservation land grab, here’s some background. A city staff member, unauthorized to do so, made an inaccurate verbal representation to the seasoned Amelia Bluff developer who naively accepted and acted upon it even though it was never put in writing. The representation made was that a seven acre parcel of land abutting Egans Creek Greenway on the City’s land use map designated conservation was shown as such in error, and that the same parcel on the city’s zoning map designated as residential was the correct classification. This representation was made without supporting documents. Indeed all the supporting records along with the requisite approvals fully support the conservation classification on the land use map. Important to this discussion is that the land use map trumps the zoning map in defining the permitted use of a particular parcel of land.

If I sound angry, I am, and if you value Egans Creek Greenway you should be angry as well. Over the years, like many others in the community, I spent many hours in benefit to Egans Creek Greenway. Much of that effort was on the Greenway itself but also there were many hours in public meetings. Much of the work was directed at repairing damage inflicted upon the Greenway by human error, negligence and greed. Like the others, I felt duty-bound to do what I could to protect and preserve the Greenway. It is disheartening to see that not only are our past efforts being disrespected, but that the progress we believed had been achieved now appears to be eroding.

Discouraged yes, disheartened perhaps, defeated not yet! We will fill City Chambers on March 19 when the second and final reading of the conservation land grab ordinance is voted upon. We will again make our voices heard, and then we will watch. We will observe which commissioners demonstrate a true commitment to conservation even in the face of difficult circumstances by voting against this ordinance, and which commissioners are willing to sacrifice seven acres of irreplaceable Greenway buffer because it’s an easy way out of a jam. For the commissioners voting against the ordinance, your commitment to conservation will long be remembered; for the others, we will never let you forget! 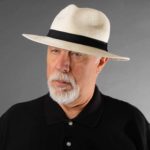 Editor’s Note: Robert Wells is a resident of Fernandina Beach where has resided with his wife since 2006. He is a photographer, cyclist, Petanque player, and birder. He has advocated for the environmental protection of Egans Creek Greenway and additionally has volunteered for various Greenway activities including leading monthly Greenway walks. He is a Florida Master Naturalist. Robert has pursued a number of outdoor activities including kayaking, hiking and camping.

Prior to locating to Fernandina and retiring, Robert and his wife resided in Pittsburgh where he held a number of positions in corporate finance.