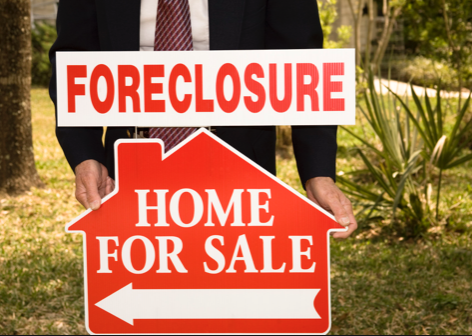 (The Center Square) – About 389,000, or 10.5 percent, of Florida’s 3.7 million mortgage-holders were delinquent on loan payments in late May, presaging what some fear could be an emerging foreclosure crisis as bad if not worse than the one that followed the 2008 housing crash.

According to a report by real estate data analytics firm Black Knight, Florida’s 10.5-percent May mortgage delinquency rate was fifth-highest among all 50 states and highest in the Sunshine State since January 2010 when 25.4 percent missed mortgage payments.

In the U.S. overall, 4.3 million homeowners were past due or in active foreclosure in May, pushing the national delinquency rate to 7.8 percent, its highest level in almost nine years, Black Knight states, noting about 3 million are “post-pandemic delinquencies” with about 90 percent of them enrolled in forbearance plans offered by banks and mortgage financiers.

A federal moratorium on foreclosures of loans guaranteed by Fannie Mae, Freddie Mac, the Federal Housing Administration, the Veterans Administration and the U.S. Department of Agriculture has been extended twice, most recently through Aug. 31.

Florida’s 14.5 percent May unemployment rate is among significant contributors to increased loan delinquencies and a glut of new properties being posted on the market.

Within a year to 18 months, the glut could trigger a 10 to 20 percent decline in housing prices, warned Florida Atlantic University professor and real estate economist Ken H. Johnson, one of the report’s authors.

With interest rates for a 30-year fixed-rate mortgage loan averaging 3.16 percent in July, down from 3.8 percent in July 2019 – a 40-year low – Florida Realtors reports after a dramatic tail-off between March and May, pending sales are increasing and real estate values rising across the state.

“Several factors are playing into this renewed demand for housing but, by far, the most important factors are record-low mortgage interest rates and the release of all the pent-up demand from our derailed spring buying season,” Florida Realtors Chief Economist Dr. Brad O’Connor said.

“We can’t expect this supercharged level of sales growth to last forever; at some point, we will burn through this pent-up demand,” he continued. “But interest rates are not expected to rise any time soon and they still have some room to go lower, so we have every reason to be optimistic about sales over the coming months, barring additional negative shocks to the economy.”

“Thanks to this nice recovery in June, plus the unusually strong sales growth we had ahead of the pandemic in January and February, here at the mid-point of 2020, closings are only down a little over 7 percent for the year compared to the first half of 2019,” he said.

According to Florida Realtors, the statewide median sales price for single-family existing homes was $282,000, up 4.4 percent from last June, marking the 102nd consecutive valuation increase.