During the Thanksgiving holiday, did you sit out the Turkey Trot 5K but not pass up the pumpkin pie? Did you use “stuffing” as a verb? Is “Butterball” not just a turkey trademark around your home? Does the term “lumpy” apply to more than your Thanksgiving gravy?

If you answered “yes” to all or some of the above questions, you may be contributing to a sad statistic: some 66 percent of Nassau County residents are either overweight or obese — 35 percent overweight and 30.1 percent obese — according to a 2018 Community Health Status Assessment by Health Florida Nassau, the local arm of the state health department. This is slightly higher than the overall Florida rate of 63 percent. And a survey by the US Centers for Disease Control (CDC) found that 33 percent of the people in the Jacksonville area – which includes Nassau County – are obese, while another 34 percent are overweight.

Whether or not you are in a good place, weight-wise, overweight, or obese is determined by your Body Mass Index, or BMI. The term, explains the National Institutes of Health (NIH), is simply weight adjusted for height. A normal BMI is 18.5 to 24.9. If your BMI is in the 25 to 29 range, you are overweight. Anything higher than that denotes obesity. NIH publishes a calculator to determine BMI. Click here for calculator.

Diet Spotlight, a for-profit Coral Gables company that sells weight-loss products and evaluates weight-loss programs, recently conducted a survey of Nassau residents interested in weight loss. Of the 120 local people who filled out a questionnaire on the company’s website, men weighed an average of 283 pounds with an average BMI of 34.2, putting them in the obese category. Women had an average weight of 161, and an average BMI of 27, putting them in the overweight category. The survey found that, on average, the Nassau County respondents needed to lose 53 pounds.

To lose one pound a week, you’ll need to walk for 14 hours at a rate of three miles per hour or swim vigorously for about five hours, according to the website verywellfit.com. So if you are one of the Nassau folks who needs to lose 53 pounds, start on this regime now and you could be in svelte shape by Christmas of 2021.

According to the CDC, 31 percent of Americans have Body Mass Indexes that put them in the obese category, while 35 percent are overweight –which tracks closely with Florida’s statistic of 66 percent overweight or obese. The healthiest state, weight-wise, is Colorado, with a 23 percent obesity rate, followed closely, despite its reputation for pork, by the District of Columbia, with an obesity rate of 24.7 percent. Mississippi and West Virginia tied for the body booby prize with nearly 40 percent of the population obese.

Education, ethnicity, and income all play roles in determining obesity, according to the CDC. The higher your level of education the less likely you are to be obese. For college graduates, the rate is 25 percent, while for those without a high school diploma, the rate is ten points higher. Non-Hispanic blacks had the highest rate of obesity, at 39 percent. For non-Hispanic whites the rate was ten points lower, with Hispanics falling somewhere in between. Factors such as access to healthy and affordable foods and beverages and to safe and convenient places for physical activity can impact obesity, says the CDC. Among women, the higher the income, the lower the obesity rate. Interestingly, this does not hold true for men.

The good news for local residents is that we do not live in Florida’s fattest place. That dubious distinction belongs to the Lakeland-Winter Haven metro area in Polk County, whose obesity rate is 35.3 percent, according to the financial reporting firm 24/7 Wall Street.

Despite the sometimes jocular tone of this article, obesity is no laughing matter. The Florida Department of Health names unhealthy weight the number one public health threat to Florida’s future. Based on current trends, nearly 60 percent of Floridians will be obese by 2030, according to the Department. Over the next 20 years, obesity is expected to contribute to millions of cases of preventable diseases in Florida, including type 2 diabetes, heart disease and cancer, costing an estimated $34 billion. Cancer and heart disease are the two leading causes of death in Nassau County, and type 2 diabetes is a major problem.

To help address the problem, the state health department sponsors Healthiest Weight Florida, “a public- private collaboration bringing together state agencies, not for profit organizations, businesses, and entire communities to help Florida’s children and adults make consistent, informed choices about healthy eating and active living.” Among its initiatives are a recognition program for “Healthy Community Champions”; a resource to help Floridians “Go From Couch to 5K”, and “Small Steps to Living Healthy,” which delivers weekly tips to subscribers’ inboxes. Information about these programs is on the website www.HealthiestWeightFlorida.com.

Close to home, our own Health Florida Nassau participates in this and other programs, including SNAP-Ed, which teaches about nutrition and encourages physical activity. Classes are offered at the Council on Aging, the Journey Church, and Barnabas. For information on these local programs, contact Barbara Baptista at [email protected] or on 904-753-1258.

Health Florida Nassau also has some timely tips on mindful eating during the holidays:
• Start with vegetables to take the edge off your appetite. Savor each bite.
• Fill a small plate with the foods you like best and then move away from the serving table.
• Eat slowly, so you can register the moment when you become full, instead of mindlessly eating until your plate is empty. It takes 20 minutes for your brain to realize that you are full. 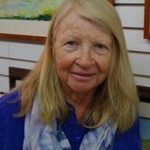