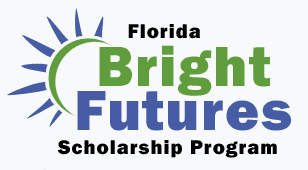 Sen. Dennis Baxley, R-Lady Lake, said he wanted to start an “important conversation” about the value of degrees earned at Florida colleges and universities, and how they do – or don’t – translate into jobs.

That was the intent of Senate Bill 86, his proposal to only fully fund Bright Futures scholarships, the state’s largest tuition plan earned by 120,000 Florida high school graduates, for students enrolled in majors that lead to careers.

With the state kicking in $800 million annually for the scholarships, Baxley’s bill required the state university system’s Board of Governors and State Board of Education approve a list of degrees “that lead directly to employment” beginning fall 2022.

Under the bill, majors not on “the list” would not be fully funded through Bright Futures.

SB 86 was withdrawn for revisions two weeks ago, It made its debut hearing on March 16 before the Senate Education Committee where it passed, 5-4, despite 70 speakers testifying against it and growing unease among fellow Republicans.

Gov. Ron DeSantis, for instance, the day after SB 86 moved through the Senate Education Committee expressed support for Bright Futures as it exists.

“I think Bright Futures is something Florida families have relied upon,” he told reporters in Ft. Myers. “It’s something I support. I fully funded it in my budget and we hope the Legislature follows suit on that as well.”

DeSantis’ comments, and the fact that SB 86 had not garnered a House companion – and won’t, say House GOP leaders – and not heated opposition from students and families is why Baxley threw in the towel Monday by dramatically amending SB 86.

When the Senate Education Appropriations Committee views SB 86 this week – it meets Tuesday and Wednesday – it will not include the provision reducing Bright Futures funding for degrees deemed less likely to lead to jobs and careers.

Baxley’s amendment removes that controversial provision but retains the creation of a list of majors by job/career prospects to serve as “advice.”

In a Monday letter to Senate colleagues, Baxley said he succeeded in his goal to discuss the state’s investment in higher education in the context of generating jobs and careers — and in requiring students receive career planning as part of their studies.

“We have awakened a giant,” Baxley wrote. “We have to reconnect the education and economic model and we have begun that process.”

The intent was never to save money – although SB 86 would generate “savings” for the state – nor to, as critics alleged, cut funding for liberal arts studies, he said.

“I believe we should encourage all students to pursue their passions,” Baxley wrote, “but the fact remains that higher education comes at a significant cost to both students and taxpayers and there needs to be at least some element of career planning involved.”

The amendment would suspend freshmen registrations until they sign on for career readiness training and affirm they understand the financial prospects of their chosen major.

SB 86 would also allow lawmakers to set scholarship amounts through the budgeting process instead of tying Bright Futures’ amounts to tuition and fees. After six years of failing to do so, since 2018 lawmakers have “fully” funded Bright Futures.

Sen. Janet Cruz, D-Tampa, cautioned in a Twitter post that Baxley may try to insert components of the original bill into other legislation during the waning, chaotic days of the session, which adjourns April 30.

“I am glad to see public opposition was enough to stop this awful legislation for now, but we must remain vigilant to ensure this language doesn’t show up hidden in the back of the budget,” she said.