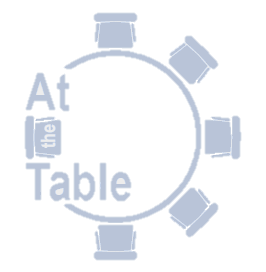 AT-THE-TABLE IS A REGISTERED FLORIDA POLITICAL COMMITTEE FORMED TO ASSIST QUALIFIED, ACCOMPLISHED WOMEN IN NORTH-EAST FLORIDA TO RUN FOR LOCAL AND STATE OFFICE AND WIN!

Recognizing women have not been equally representative of the population by numbers, in state and local politics, ATT was formed in 2016 to change that dynamic.

ATT’s diverse Board of Directors interviews, financially supports, and endorses female candidates who have made the decision to offer themselves for public office. The reach of ATT is Duval, Nassau, St. John’s, Clay, and Baker counties. This year they invited 12 candidates to complete questionnaires and interviews.

This year’s group of candidates were excellent in so many ways….committed to their community, experienced leaders, and accomplished women in their own right. Our Board of Directors of AT-THE-TABLE are proud to endorse them and financially support them with the maximum donation allowed by the State of Florida. Connie Hodges & Linda Lanier, Co-Chairs.

Please vote for the following excellent candidates on August 18.

AT-THE-TABLE was formed in 2016 to focus on promoting accomplished women for local and state offices in Nassau, Clay, Duval & St. John’s counties. We are party neutral and accomplished-candidate-centric.