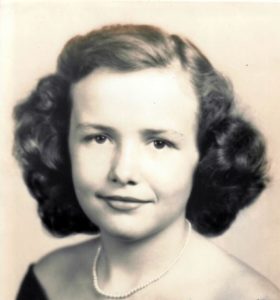 Born in Jacksonville, she was a daughter of the late Schluy Dewey and Elizabeth Tiner Mathews. She lived all of her life in Fernandina Beach and was a member of the 1950 Fernandina High School graduating class.

Mrs. Miller worked for nearly all of her life. Beginning at the age of 15, she worked at the A & P Grocery on Centre St. where her father was the manager. She later worked for Fernandina Fuel and Fertilizer as an accountant and eventually went to work for Ira Hall in the Tax Collectors office.

In the early 1970’s Mrs. Miller was appointed by the Governor as Tax Collector for Nassau County. She would continue in that position for 33 years until her retirement in 2006.

Even with her busy work life, Mrs. Miller enjoyed tending to her rose garden at home and every summer she always grew a good crop of tomatoes.

In addition to her husband and parents, she was predeceased by a brother, Dewey Mathews and two sisters, Mary Price and Sandra Ward.

Funeral services will be held Tuesday, June 4, 2019 at 11:00 AM at First Baptist Church of Fernandina Beach. The family will receive friends Monday, June 3, from 5:00 until 7:00 PM at Oxley-Heard Funeral Directors.

She will be laid to rest beside her husband at Bosque Bello Cemetery.

The family asks donations be made, in her memory, to the Lymphatic Education & Research Network, 261 Madison Ave., 9th Floor, New York, New York 10016.