This year, the governor is again asking lawmakers to allocate all $423.3 million in Sadowski funds to an affordable housing program within his $96.6 billion Florida Leads Fiscal Year 22 (FY22) budget request. 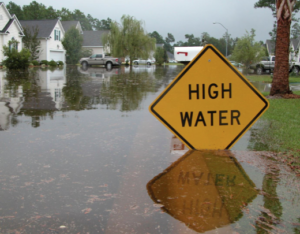 But House Speaker Chris Sprowls, R-Palm Harbor, and Senate President Wilton Simpson, R-Trilby, this week called for “sweeping” about $280 million of that $423.3 million into flood control and wastewater infrastructure.

The Sadowski fund, created in 1992, imposes a 20-cent surcharge for every $100 paid on real estate transactions. This year, it is projected to generate $423.3 million.

During the 2000s housing boom, legislators began diverting millions from the growing fund for other purposes. A 2018 Senate Community Affairs Committee analysis determined since 2001, lawmakers had “swept” $2 billion from the fund to plug budget holes and provide tax relief.

In 2019, lawmakers swept $125 million of the fund’s $332 million into general funds and $115 million into Hurricane Michael recovery. In 2018, Sadowski monies financed the $400 million response to the Marjory Stoneman Douglas High School shooting.

In 2021, with the state combating rising sea levels that could consume an estimated 300,000 Florida homes – and the $145 billion in taxable value of those homes – by 2050, Simpson and Sprowls said Tuesday their proposal is not a typical “sweep.”

More than 1 million Florida residential properties are at “substantial risk” of degradation this year because of non-tidal flooding. Meanwhile, the state’s 6.2 million homeowners are seeing double-digit property insurance rate hikes with at least 1 million enrolled in the National Flood Insurance Program (NFIP) expecting sticker shock when rates are reset in October.

“The impacts of sea-level rise are being felt by Floridians all across the state,” Sprowls said. “From coastal to inland communities, flooding is a timely and urgent issue that must be addressed now.”

Under the plan, Sadowski revenues will be split into thirds of roughly $141 million each to combat flooding caused by rising sea levels, provide grants for wastewater infrastructure and affordable housing.

“Floridians have been waiting a long time for a comprehensive plan that addresses these three critical areas of public policy,” Simpson said.

SB 1954 has one hearing remaining to get to the chamber floor. A similar bill, House Bill 7019, is also one hearing away from a floor vote.

With Florida receiving $1.4 billion in federal ‘American Rescue’ money for local government affordable housing projects and the Biden administration rolling out an infrastructure proposal soon, the “sweep” can also be regarded as restructuring to garner a bigger bang for state dollars.

HB 901, filed by Rep. Robin Bartleman, D-Weston, and SB 1252, filed by Sen. Lori Berman, D-Delray Beach, would require the state annually to assess “future expenditures” to “improve resilience to inland and coastal flooding.” Neither have been heard.