On Memorial Day, the summer looked really good. It wasn’t. 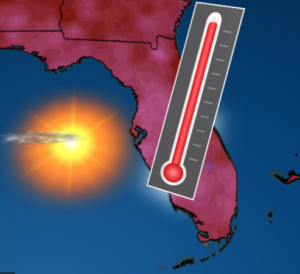 With Labor Day now out of the way, Florida is unofficially emerging from a summer of sorrow, death, and pain that few saw coming back at the unofficial start of summer, Memorial Day.

The delta variant of COVID-19 hit Florida hard, harder than any other state except possibly Louisiana, catching off guard a Sunshine State that began the summer confident the pandemic was in the rearview mirror.

Since Memorial Day, more than 1 million Floridians have come down with COVID-19. Though hospitals say they have seen an easing in recent weeks, they were bursting with COVID-19 patients by mid-August, particularly in intensive care units, where many were on ventilators. Many hospitals were canceling nonessential treatments.

Since Memorial Day, the Florida Department of Health has reported 9,455 deaths from COVID-19.

It didn’t look this way three months ago, when people were done ranting about COVID-19 and officials were projecting a nearly full return to normal, if not right away, then by the end of summer.

Remember when there was no such thing as a COVID-19 delta variant? Until Memorial Day, it was known as the variant from India, one of many geographically identified variants floating around. It was May 31 when the World Health Organization dubbed it delta.

By then, Gov. Ron DeSantis had effectively ended the emergency, at least as far as the state was concerned.

Earlier, in the first week of May, DeSantis issued a pair of executive orders, effectively banning emergency COVID-19 safety measures, particularly at the local level. One order declared, “I find that it is necessary for the State of Florida to enhance its rapid and orderly restoration and recovery from the COVID-19 emergency.”

Even local leaders who had been far more aggressive than DeSantis in cautioning about COVID-19, such as Orange County Mayor Jerry Demings, essentially called off the battle.

The state’s first weekly report, issued June 4, showed that Florida recorded 14,155 new COVID-19 cases and 252 new deaths attributed to the disease in the previous seven days. While tragic to the 252 families who suffered losses and to the 14,155 people who were infected with the virus, the numbers were far below the 100,000-plus new cases a week Florida had seen in the winter. The 1,000 deaths a week the state had recorded at points during the winter and previous summer.

By early June, just 4% of Florida’s hospital beds were occupied by COVID-19 patients, and 9% of the beds in intensive care units, according to the reports posted by the U.S. Centers for Disease Control and Prevention.

The summer of 2021 was supposed to be post-COVID-19 Florida’s resumption of a full life.

For a reassuring three or four weeks, it looked that way, at least in Florida.

If there was any comfort, it showed up in the state’s vaccination rates. On June 10, the Florida Department of Health reported that 413,880 people came in for vaccination shots the week before. By July, the number of vaccination shots had fallen into the lower 200,000s each week, for several weeks running.

However, delta was dawning.

By mid-June, the delta variant first raised serious concern in southwestern Missouri, where COVID-19 started raging again in a largely unvaccinated local population, and hospitals began seeing a new rush on their services.

By July, it started hitting Florida, in what officials began to dub the surge among the unvaccinated, A few “breakthrough” cases began emerging among people who had been vaccinated, but their symptoms were less severe. Hospitals reported that more than 90% of serious cases were among unvaccinated people.

On July 2, the Florida Department of Health reported its first clear rise in cases: an increase of 15,684 reported that week, up from 11,048 the week before. The next weekly report showed 23,747 new cases. The July 16 report showed 45,449, the largest one-week total since February when the winter surge was waning.

Two weeks later, Florida was reporting more than 100,000 new cases of COVID-19 each week. According to the CDC, by the end of July, 13% of Florida’s hospital beds and 23% of ICU beds were filled with COVID-19 patients. In ICU units.

Floridians apparently were getting alarmed.

By late July, the demand for vaccinations picked up again.

About the same time, DeSantis began his traveling crusade to promote COVID-19 treatment with monoclonal antibodies — with a vigor he never demonstrated to promote vaccines.

Since Aug. 5, DeSantis has made dozens of stops, two a day some days, around Florida announcing the openings of clinic programs providing free Regeneron-brand monoclonal antibody treatments, with serum provided by the federal government and the clinic arranged and promoted by the state.

On Sept. 2, DeSantis declared that more than 40,000 Floridians had received monoclonal treatment in less than a month.

By then, the number of Floridians getting COVID-19 vaccines had climbed back over 400,000 each week.

August is when Floridians started dying in large numbers from COVID-19, though exact dates of deaths are no longer publicly disclosed.

On Aug. 6, the Florida Department of Health reported 616 newly recorded deaths, the highest one-week total since March. The next week, 1,071 deaths were reported over seven days, then 1,486, then 1,727.

In the CDC’s most recent update, current as last Wednesday for Florida, the hospital pressure had eased just a bit, at least showing a hopeful trend. The report showed 29% of Florida’s hospital beds were filled with COVID-19 patients, and 47% of the ICU beds held COVID-19 patients.

The hospital bed rate still was the highest in the country. The ICU bed rate has dipped below the rising rates found in several other Southern states, with Mississippi now reporting 53% of its ICU beds filled with COVID-19 patients.

The number of new cases also began dropping in the past two weeks, though it remains well above 100,000 new cases per week for the sixth consecutive week, a level topped only four times in the summer of 2020.

The report also said that 462,269 more Floridians came in for COVID-19 vaccine shots.

That means that since Memorial Day this year — through the most recent reports covering last Thursday — 1,025,601 new COVID-19 cases were reported in Florida.

Since Memorial Day this year — through the most recent reports — 9,455 Floridians have been reported to have died of COVID-19 in Florida this summer.