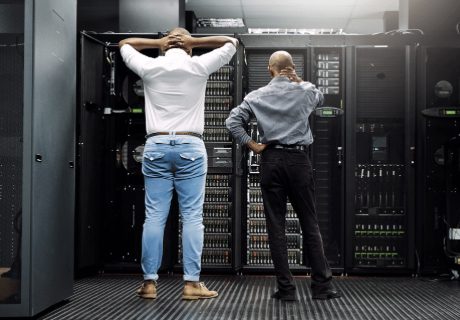 Florida’s voter registration website was not felled in a cyberattack but was overwhelmed by a crush of users when it crashed Monday as the deadline to register to vote neared, a state official said Wednesday.

Grant said “servers were configured in a way that reduced capacity to a fraction of a fraction of what it was capable of.” He acknowledged no one knows why capacity wasn’t added before the anticipated rush rather than after.

The Florida Division of Elections (FDOE) had not, as of Wednesday afternoon, closed the books on final registration figures for the Nov. 3 election.

Monday’s crash came amid an unprecedented attempt by the state to contact an estimated 2.2 million unregistered Floridians as a requirement of membership in the Electronic Registration Information Center (ERIC), a 30-state election security consortium.

“We will work with our state and federal law enforcement partners to ensure this was not a deliberate act against the voting process,” she initially said, later adding, “We have not identified any evidence of interference or malicious activity impacting the site.”

Democrats and voting rights advocates said the state was well aware of the website’s inadequacies, which has crashed at least five times since going online in October 2017.

According to documents obtained by American Oversight, an online ethics watchdog, Okaloosa County Supervisor of Elections Paul Lux told the secretary of state’s office after a crash of the website in 2018, “Your lack of communications to us (supervisors of elections)” in responding to complaints about the site “is hindering us from helping you make sure the right word gets out! None of us wants to see the mantle of ‘voter suppression’ placed on (online voter registration), especially not after all we have done to push and promote it!!”

Critics said the DeSantis administration is building a record of strategic technological incompetence, noting the state’s online unemployment compensation website also crashed when traffic spiked in the wake of pandemic layoffs in March and its COVID-19 dashboard repeatedly has been cited for providing conflicting and misleading information.

After a request to extend the voter registration deadline to Wednesday was denied, voter advocacy groups, including Dream Defenders, New Florida Majority, Organize Florida and LatinoJustice, filed a federal lawsuit against the state, saying DeSantis’ extension was insufficient.