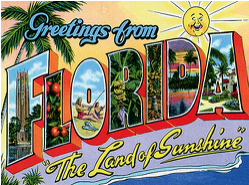 After a nearly 20-month international travel ban was lifted on Monday, travelers who meet COVID-19 restrictions are expected to resume traveling to the U.S., several reports indicate.

Tourism is dominating the recovery of the U.S. travel sector, and Florida is leading the way because of its anti-lockdown policies, VISIT FLORIDA, the state’s tourism agency, says.

DeSantis was the first governor to fully reopen his state after governors implemented statewide lockdowns in an effort to prevent the spread of the coronavirus last year. DeSantis has been advocating anti-mask mandate and anti-lockdown policies, publicly sparring with the policies of the Biden administration, including suing the administration over executive orders related to mandates and illegal immigration.

DeSantis made sure “that Florida is open and able to welcome the visitors that are our economic livelihood,” Young said.

“While other states were closed, VISIT FLORIDA invited travelers from all over the country to experience the magic and freedom of a Florida vacation,” she added. “As the only state marketing outside its borders for roughly seven months, Florida was able to capitalize on the pent-up travel demand and cultivate a tremendous strategic advantage over its competition.”

In 2019, prior to COVID-related lockdowns, 14.5 million international tourists traveled to Florida, or 11% of all visitors. They contributed $17.3 billion to the economy, according to the agency.

Despite ongoing international travel restrictions, preliminary estimates indicate that 1.1 million overseas visitors came to Florida in the second quarter of 2021, an increase of 854% from last year, the agency reports. Florida also welcomed 27.3 million visitors from January to March this year.

Roughly 31.7 million people came to Florida from April through June of this year, an increase of more than 220% over the prior year. The majority, 30.6 million, were domestic visitors, representing a 216% increase from 2020, and a 6% increase from 2019.

“Florida continues to serve as an example for the country that when you reject lockdowns and unnecessary mandates, your economy will thrive,” DeSantis said. “Not only did Florida have more visitors in the second quarter than we did in 2020, but the data shows that domestic visitation has already fully recovered to 2019 levels. I’m grateful for the dedication of thousands of Florida business owners, who demonstrated the highest commitment to their employees and their customers, and I’m proud of VISIT FLORIDA’s hard work to market the Sunshine State. The revitalization of our tourism industry will have a positive impact on every Floridian.”

In an effort to encourage people to come to Florida, VISIT FLORIDA began a marketing campaign in August 2020 partnering with several agencies and companies. It partnered with AAA Northeast to promote Florida as a destination state for travelers, contributing a $150,000 co-investment in a targeted marketing campaign. The campaign resulted in over $24.5 million in total bookings to Florida, the agency says, with the majority making $16 million worth of travel bookings in Orlando.

While air travel was in severe decline during state shutdowns nationwide last year, VISITFLORIDA also partnered with Allegiant Airlines, American Airlines/American Airline Vacations, and United Airlines on three independent campaigns throughout the Midwest and Northeast to market Florida as a key destination.

As a result of Florida’s open policies and marketing campaign, and warmer weather, Florida’s hotel room revenue increased 11% in August of this year compared to 2019, the agency says, while the rest of the U.S. saw a decline of 5% over the same period.

Vacation rental bookings in September of this year were also over 80% higher than they were in September 2019.

And while domestic air capacity is down more than 18% nationally for the calendar year, it’s up by 2% in Florida, trending 9% higher through November, the agency adds.

Airbnb, an online user-based accommodations site operating in more than 220 countries and regions worldwide, reports that a week after the U.S. announced that international travel restrictions would be lifted, searches for trips to the U.S. on its site increased by 50%.

As of Nov. 8, Airbnb said, its hosts in more than 4,000 destinations in the U.S. are welcoming inbound foreign guests, including those coming for an entire year staying in Airbnb rentals.

Guests are primarily traveling from five cities: London, Paris, Santiago, Toronto and Vancouver, it said in a news release.

“The US. is historically the largest inbound travel market in the world,” Airbnb said, “and the largest country to reopen to foreign travelers arriving by commercial flights.”