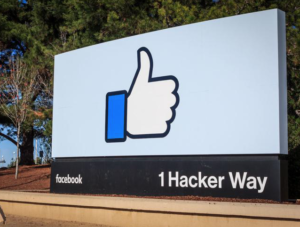 Florida Secretary of State Laurel Lee will investigate Facebook for alleged election interference at the behest of Gov. Ron DeSantis, who claims the social media giant is “clandestinely manipulating elections” by exempting “VIP users” from the same standards as other users.

“It’s no secret Big Tech censors have long enforced their own rules inconsistently,” DeSantis said in a statement Monday, posted shortly before he bumped the Facebook probe from headlines by announcing Florida would sue the Biden administration for its “catch-and-release” immigration policies.

Lee, Florida’s chief elections officer, will probe disclosures uncovered in The Wall Street Journal’s Sept. 13 report, The Facebook Files, that “VIP users” were “white-listed” from its policies during the 2020 election under a program called “cross check.”

According to the report, millions of “VIP” users – celebrities, journalists, politicians, government officials – were exempt from the Facebook standards as other users and expressed opinions, mostly liberal, that would have resulted in suspensions by others with different opinions, most notably conservative

“If this new report is true,” DeSantis said, “Facebook has violated Florida law to put its thumb on the scale of numerous state and local races. Floridians deserve to know how much this corporate titan has influenced our elections.”

In a letter to Lee outlining the probe, DeSantis wrote, “Internal documents obtained by the Wall Street Journal reveal the egregious double standard that Facebook applies to its users. While most people are subject to arbitrary censorship at the whims of so-called ‘fact-checkers,’ Facebook grants select users the freedom to disregard the platform’s own community standards without the threat of enforcement action.

“The thought of technology companies clandestinely manipulating elections is an affront to the basic principles of our republic,” DeSantis continued. “Floridians deserve to have faith that their elections are fair and free from intrusion by Big Tech monopolies like Facebook.”

In various statements, Facebook spokesman Drew Pusateri said the now-defunct program is being unfairly targeted and that the company is constantly striving to ensure fairness while also stemming the tide of misinformation on its site.

“The cross check system was designed for an important reason: to create an additional step so we can accurately enforce policies on content that could require more understanding,” he told The Hill. “This could include activists raising awareness of instances of violence or journalists reporting from conflict zones. Facebook itself identified the issues with cross check and has been working to address them. We’ve made investments, built a dedicated team, and have been redesigning cross check to improve how the system operates.”

What Florida would do with whatever evidence of “electioneering” Lee’s probe uncovers is uncertain in practical terms, but the governor – seeking reelection in 2022 and among favored 2024 GOP presidential hopefuls not named Donald Trump – is certain to use them in his campaign against “Silicon Valley” and “Big Tech” for allegedly suppressing conservative viewpoints.

During the 2021 legislative session, DeSantis spearheaded the Republican-dominated Legislature’s adoption of Senate Bill 7072, which makes “de-platforming” political candidates from a social media site punishable under Florida’s Unfair Trade Practices Act and allows social media users to sue and collect up to $100,000 for every day a site kicks them off, deletes a post, or uses algorithms to limit exposure to their posts.

SB 7072 is being challenged by the Computer & Communications Industry Association (CCIA) and NetChoice. On June 30, U.S. District Judge Robert Hinkle granted their motion for a temporary injunction, preventing SB 7072 from going into effect on July 1.