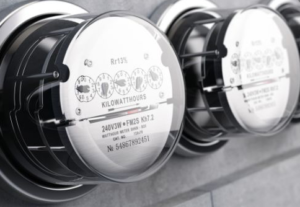 The Florida Public Service Commission (PSC) should reject a proposed 90-day moratorium on utility disconnections for nonpayment when they consider it Tuesday, its staff recommends.

The proposal, filed by the League of United Latin American Citizens of Florida (ULACF) and two individual customers, is “neither necessary nor the best course of action at this time,” PSC staff said in its recommendation to the commission’s board.

Florida’s four largest investor-owned utilities, which provide power to 7.5 million households across the state, voluntarily have not pulled the plug on past-due accounts since March.

Gulf Power Co. has not announced resuming shutoffs but wants PSC to allow it to charge all customers for costs incurred during the pandemic, including unpaid customer bills.

According to documents presented to the PSC earlier this week by the utilities, about 1.25 million accounts are in arrears.

Duke Energy Florida said 63,800 of its 1.8 million customers are 60 or more days late on payments and subject to disconnection, although the company has cut the power on only 17 customers since March and will “pause” shutoffs through October.

In a Sept. 22 petition to the PSC also requesting a 90-day shutoff suspension, the environmental law advocacy group Earthjustice estimated without such an emergency measure, 1 million Florida homes face electricity disconnections within weeks.

The four utilities are objecting to the proposed moratorium, noting they have extensive mitigation strategies to avoid disconnections, including payment plans.

However, they argue, if past-due accounts don’t make accommodations, which all say they offer, they cannot afford to keep them plugged into their grids indefinitely.

Florida Power & Light said “the threat of disconnection is the only way to prompt most customers who are behind on their bills to take action to get help.”

The PSC staff’s recommendations echoed that view, noting a moratorium would “remove any incentive for customers in need to contact the utility.”

Under ULACF’s proposal, past-due customers would fill out a form showing they can’t pay their electric bill because of financial hardships imposed by the pandemic and document the organizations they’ve contacted for assistance. It would give them 90 days to catch up or make arrangements.

The PSC staff said the proposal’s process would be “too onerous” to be effective, claiming “petitioners’ proposed emergency rule is unnecessary and could result in unintended, detrimental consequences to customers.”

Eskamani called on Gov. Ron DeSantis to “step up” and provide financial help for Floridians struggling with unpaid utility bills.

“This is an issue of human rights and dignity,” she said. “It’s impossible to live in Florida without power.”

“We need the Public Service Commission and the governor to step up,” Rodriguez said. “Either that, or allow us to have a special session on a range of issues, including unemployment and utility disconnections.”

According to the National Energy Assistance Directors Association (NEADA), 22 states and the District of Columbia have moratoriums on utility cutoffs.

Unpaid electric and gas debts by delinquent customers could top $24.3 billion by the end of the year, projects the National Energy Assistance Directors’ Association.

As much as FPU (Duke) went up on our bills in the last 2 months they should have more than enough to “tide them over” for the next year.