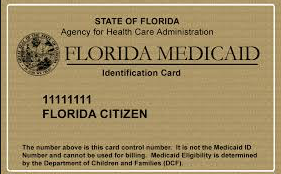 Florida’s Medicaid enrollment increased by 1% in June with 48,468 low-income residents qualifying for subsidized health care, according to the state’s Agency for Health Care Administration (AHCA).

As of June 30, there were 4,846,412 low-income, elderly and disabled Floridians enrolled in Medicaid, an increase of more than 730,000 since June 2020, AHCA documents in its June enrollment report.

Florida’s economy lost 1.1 million jobs during the peak of the pandemic last spring, hitting a peak unemployment rate of 14.2%.

Since February, another 250,000 residents have qualified. In December, the Legislature’s Social Services Estimating Conference (SEC) economists forecast 4.588 million Floridians will be enrolled in Medicaid during Fiscal Year 2020 (FY22), which began July 1. That projection has already been eclipsed.

Using an economic forecasting model based on studies of post-pandemic economic recoveries, state economists project it could take 12-15 months to claw back to pre-pandemic employment levels and trim back the state’s Medicaid rolls.

The state’s $100 billion FY22 budget includes about $44 billion in health care spending largely subsidized by federal pandemic assistance, including about $34 billion for Medicaid, up from $31.6 billion the previous year.

June marked the 15th consecutive month in which Medicaid enrollment increased in Florida, the AHCA notes, and also sustained the state’s status as the nation’s leader in enrollment in subsided health insurance plans offered under the Affordable Care Act (ACA).

According to the federal Centers for Medicaid & Medicare Services’ (CMS) June Special Enrollment Period Report, 413,409 Floridians enrolled in plans available under the ACA between Feb. 15 and June 30.

Overall, about 2.3 million Floridians have purchased “Obamacare” policies, nearly 20% of the 8.5 million people nationwide who selected or were automatically re-enrolled in HealthCare.gov plans during the extended 2021 open-enrollment period, according to CMS.

After the Trump administration halved the yearly open enrollment period from 12 to six weeks in 2020, President Joe Biden signed an executive order in January authorizing a special enrollment period between Feb. 15 and Aug. 15 because of the COVID-19 pandemic.

With average premiums through the ACA marketplace dipping by 25% in April with the adoption of American Rescue Plan tax subsidies, the CMS notes that 34% of new enrollees are paying $10 or less per month after tax credits are taken into account.

“When you make coverage affordable, when you make it easy for people to enroll, they will do so,” CMS Administrator Chiquita Brooks-LaSure said. “”The American Rescue Plan has made health coverage more affordable and accessible than ever – and people are signing up.”

Florida’s nation-leading ACA insurance exchange enrollment is a product of the state’s growing population of more than 21 million and state lawmakers refusal to expand Medicaid. Florida is one of 12 states that has not done so.

“Let’s be clear – the monthly marketplace numbers show that across the country, there’s a demand for high-quality, low-cost health coverage,” Health & Human Services Secretary Xavier Becerra said. “Whether through expanded Medicaid or the Health Insurance Marketplace, the ACA is working for millions of Americans – and we’re committed to building on this historic progress.”