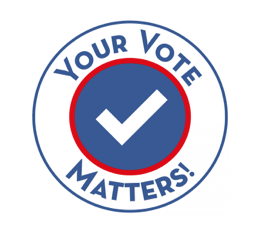 That, said Sen. Dennis Baxley, R-Lady Lake, is why he filed a bill placing additional restrictions on the state’s vote-by-mail (VBM) rules.

“I’m not a person that likes to wait for a big problem,” he said. “I’m all about staying ahead of whatever problems could develop.”

SB 90 has one more hearing before the Rules Committee to reach the Senate floor. If adopted, which is likely with Republicans holding a commanding 24-16 majority in the Senate, the bill will be dispatched to the House.

In an amendment added Tuesday, only immediate family members would be able to pick up or drop off vote-by-mail ballots instead of allowing a “designee” to do so.

SB 90 does not have a House companion, but with the GOP dominating the chamber, 78-42, the bill will likely find fast-track traction.

SB 90 is among more than 165 bills filed in 33 states by Republicans as “a backlash” against 2020’s record VBM turnout that buoyed Democrat Joe Biden to victory over President Donald Trump, according to the left-leaning Brennan Center for Justice.

“Adding roadblocks to mail ballots and banning ballot drop boxes will confuse and disenfranchise millions of voters,” said state Agriculture Commissioner Nikki Fried, a potential 2022 Democratic challenger, in a statement after the vote. “It’s clear that Florida Republicans’ latest voter suppression scheme, which is opposed by county election officials, is designed to silence the collective voices of millions.”

“They may not like what we’re doing,” Baxley told reporters following the hearing. “They may think it’s wrong, but the attributing of motive and assigning of motives to people — some days even I don’t know why I did something – that’s God’s work.”

“In a state as big as we are with a $99 billion budget, we ought to make sure we fund it, and if they need some help with that, I’m willing to have that conversation,” Baxley responded.

“This bill appears to my perspective to be setting us up for another 2012, where we have chaos and long lines and confusion,” Burley said.

Baxley’s Tuesday amendment banning proxy pick-ups and drop-offs amused critics, considering Trump has voted by mail twice since becoming a Florida resident and both times had a designee pick up and deposit his ballot.

In fact, according to the Palm Beach Post, the former president requested a “proxy” mail ballot Friday to vote in municipal elections — nearly a week after the deadline.

Any inconvenience VBM restrictions would impose on Trump would be compounded on many seniors, Hayes said.

“Do you have any idea how many people, like my dear mother, don’t have immediate family members living nearby, thus won’t be able to have ballots picked up for them?” he asked.