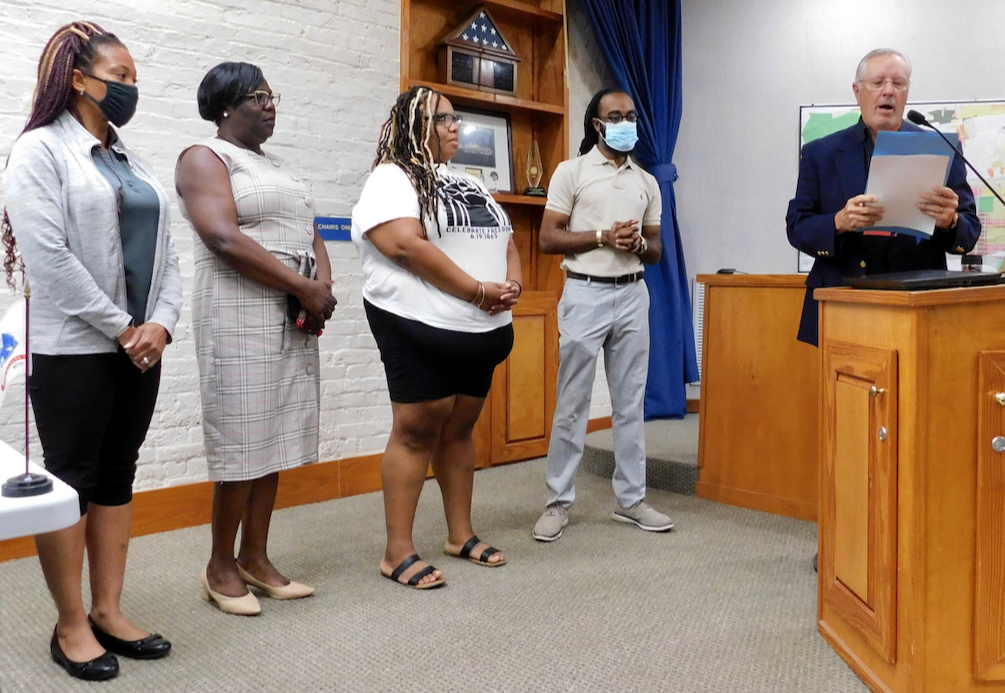 At the June 15, 2021 Regular Meeting of the Fernandina Beach City Commission, Mayor Mike Lednovich officially proclaimed June 19, 2021 as “Juneteenth” and called upon citizens to be a part of terminating discrimination now and forever and to participate in Juneteenth’s 4 The Culture Jump-Off festivities which are all-inclusive.

Juneteenth, which combines the word June with Nineteenth, celebrates the end of slavery following the Civil Way. Known under many names including Freedom Day, Jubilee Day, and Second Independence Day; Juneteenth is the oldest nationally celebrated commemoration.

On June 19, 1865, federal troops led by General Gordon Granger arrived in Galveston, Texas, took control of the state, and officially marked the end of slavery with General Order No. 3, which states in relevant part: “The people of Texas are informed that, in accordance with the Executive of the United States, all slaves are free. This involves an absolute equality of personal rights and rights of property between former masters and slaves, and the connection heretofore existing between them becomes that between employer and hired labor.”

The Proclamation read:  “As much as Juneteenth represents freedom, it also represents how emancipation was tragically delayed for enslaved people in the deepest reaches of the Confederacy where newly freed African Americans celebrated the first Juneteenth with food, singing, the reading of spirituals and to take pride in their progress. Sadly, a century and a half later, Juneteenth is still not taught in most schools, nor is the event a federal holiday despite decades of advocacy.”

Lednovich said that the City of Fernandina Beach is profoundly honored to formally recognize the Second Annual Fernandina Beach Juneteenth, hosted by 4 The Culture. “We embrace this commemoration with reverence and distinction. Together we pay tribute to the unbreakable spirit and historic contributions of generations of African Americans who laid the very foundation of our great Nation.”

The Proclamation was accepted by four members of 4 The Culture.  Speaking on behalf of the organization, President Tiffany Harris thanked the City and invited everyone to the Second Annual Juneteenth Jumpoff, which will be held on Saturday, June 19, 2021 from 4-11:00 p.m. at Peck field.  The event will include activities for children and vendors.  Harris said that the event is more like a family reunion promoting togetherness among all races and colors.  She said that the organization’s goal is to hold such an event annually, stressing that all people are invited.

For additional information on the organization and the event, contact 4 The Culture at [email protected]