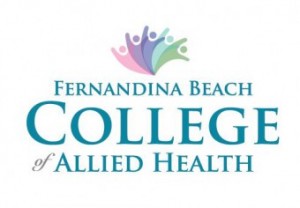 “Medical careers in the making” is the slogan for the new Fernandina Beach College of Allied Health, slated to open in late September, 2015, but it is also the motto for George Nichols, founder of the college. When asked why he chose to open a medical college, Nichols said he believes nursing is patient-driven and he wants to make an impact within the nursing community. “Good nursing starts with education,” revealed Nichols.
According to Nichols, there is a demand in the nursing profession and sees an opportunity to provide students from Nassau County and Southeast Georgia a way to further their education without having to travel into Jacksonville. “Nassau County has A-rated schools and I want to mirror the school district’s spirit of excellence and achievement as it relates to the allied health fields,” commented Nichols. The main focuses of the Fernandina Beach College of Allied Health are LPN certification and an associate degree in nursing for RNs. Nichols hopes to have a bachelor of science in nursing added to the curriculum by the end of 2015.

Students will receive a well-rounded curriculum to include college writing, algebra, sociology, psychology, microbiology, introduction to health care, anatomy and physiology I and II, in addition to core nursing fundamentals.
Nichols, who has over 22 years of experience in the medical field, spent the majority of his career focused on the dialysis specialty. His career has included stints at Kennedy Hospital in Stratford, NJ and IHS Dialysis in Boca Raton, FL and Atlanta, GA, with a focus on hemodialysis and peritoneal dialysis for patients with end-stage renal disease. Nichols helped build the third largest home nephrology center on the Eastern seaboard in conjunction with NxStage Medical Inc.
“I want to lead people into careers that will allow them to financially sustain themselves. Nursing is recession proof,” said Nichols. The average salary for nurses is $65,120 with a median range of $42,880 – $51,480.

I would like to be able to call the school by phone but, there is no number listed for them. Would you have that information? Thank you in advance for your assistance.

I’m very interested in these programs. How can I obtain more information?
Thank you!

As Mr. Nichols indicated, healthcare jobs are going to be in high demand over the next couple of decades at least as the baby boomer generation continues to age. It represents a great opportunity for HS graduates to continue their education with excellent prospects for immediate employment at a nice salary for those that do well in their studies. Medical school enrollments are at an all-time high and those doctors are going to need the infrastructure of nurses and technicians to support them.

Will this school be accredited and by whom? Are they looking for instructors? In Nursing or General Education (English, Psychology, Speech etc)?

Where is this school going to be located? Is Mr Nichols going to build something, or is he going to use existing space?

Thank you Dr. Antun for being willing to run for office and ...
wpDiscuz
6
0
Would love your thoughts, please comment.x
()
x
| Reply
Comment Author Info