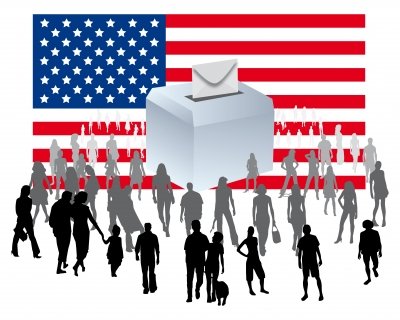 Before you can begin to think about politics at all, you have to abandon the notion that there is a war between good men and bad men. ~Walter Lippmann

On November 3, 2015, Fernandina Beach voters will go to the polls to elect commissioners for City Groups 4 and 5. Those seats are currently held by Pat Gass (Group 5) and Ed Boner (Group 4). Boner has announced that he will not seek re-election; Gass has not announced her intention.

Candidates may qualify by paying a qualifying fee or submitting petitions signed by 95 eligible voters in the city of Fernandina Beach. If candidates elect the petition method for qualification, those petitions must be submitted to the office of the Supervisor of Elections of Nassau County by noon on August 14, 2015.

Also appearing on the November ballot will be referendum questions on charter changes and the annual straw vote for mayor. Referendum questions will deal with commission terms. Traditionally, names of sitting city commissioners not up for re-election appear on the straw ballot for mayor, meaning that voters will be asked to express a preference for Robin Lentz, Johnny Miller or Tim Poynter. Commissioners have the option of removing themselves for consideration, so it will not be until the end of qualifying before voters know which commissioners, if any, want to be considered for the position of mayor.

*Update:  Following publication of this article, candidate Roy G. Smith, Jr. announced that he has withdrawn from the Group 5 contest and re-filed to run for Group 4.  To date he is the only candidate in that race.  See his comment below.  Smith’s action leaves only two candidates–Clinch Kavanaugh and Len Kreger–contesting the Group 5 seat.

It is my intent to qualify by submitting the required petitions. I look forward to the election.

Suanne,
Please be advised that yesterday I withdrew from Group 5 and entered the race
for Group 4. I also intend to qualify by the use of petitions. All petitions that I
gathered for Group 5 are no longer valid. Therefore, I am now collecting petitions
for Group 4.
By the way, Group 4 is Ed Boners seat, not Pat Gass.

Roy, I’m glad your running for Commissioner Boners seat. I don’t know you personally, but I’ve observed you at a lot of meetings, and I know your passionate about our City and It’s future. I’m looking forward to seeing you on the Commission Dias.

Roy, thanks for the update and the correction.

Thank you Dr. Antun for being willing to run for office and ...
wpDiscuz
4
0
Would love your thoughts, please comment.x
()
x
| Reply
Comment Author Info