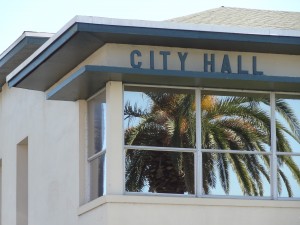 The Fernandina Beach City Commission (FBCC) started off 2013 at its first regular meeting on Wednesday, January 2.    The Reverend Ed Coop of Joy Ministries Church preceded his invocation with a call to the people of Fernandina Beach to unite behind the new commission and to provide them support as they deal with important matters of business in the year ahead.

No members of the public asked to speak on any items not on the agenda, so the FBCC moved quickly to resolutions, some of which generated discussion:

The FBCC moved on to consider two ordinances on second reading:

The FBCC unanimously approved the following advisory board appointments:

City Attorney Bach briefed the FBCC on various elements of the Florida Open Records law governing the conduct of public business.  She emphasized:

Commissioner Boner asked for a copy of the laws and rules applicable to commissioners.

City Manager Gerrity indicated that the agenda for the January 8th meeting was too full for additions at this time.  He suggested leaving these items for another workshop or the first FBCC meeting in February.