On March 29, 2016, a special meeting of the Fernandina Beach City Commission was held to act on three Florida Inland Navigation District (FIND) grant proposals to request matching funds for dredging, mooring field expansion, and the reconfiguring of marina docks to a north south alignment. Over the last seven years, FIND, a special tax district for the management and maintenance of the Atlantic Intracoastal Waterway, has provided over a million dollars in matching funds to the city. 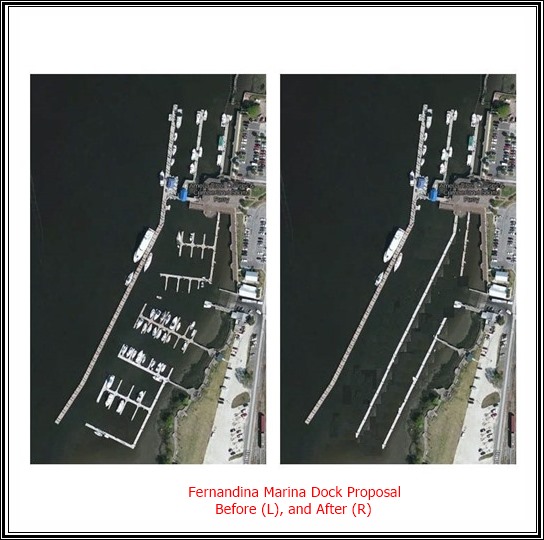 Although the three separate grant proposals before the commission require matching grants from the city totaling over a half a million dollars, the city can deny funding. “If you don’t match it, you don’t get it,” said Joe Springer, marina manager.

The commission voted 5 – 0 to submit the proposals in anticipation of permit approval to expand the mooring field, and completion of an engineering study by Applied Technology & Management, Inc. (ATM) that could show a new dock configuration will reduce dredging costs. A FIND representative suggested three separate proposals to provide the city with flexibility in determining the use of funds should the various proposals be approved.

According to Joe Springer, the mooring field project is an important priority.  In the event dock reconfiguration takes place or action begins on the recently purchased Ventura property to the North, there will be an alternative option for boaters.  “There are more boats asking for mooring fields than are asking for docks right now,” said Springer.