Fernandina Beach City Commissioners (FBCC) held a short workshop prior to their January 20, 2015 Regular meeting to discuss two topics: the city’s shoreline and resiliency planning efforts and 2015 goals of the CRA Advisory Board (CRAAB).

Burke explained that the origins of this project came from an exploration of available grants to help the city restore oyster beds. In considering their request, the Saint Johns River Water Management District (SJRWMD) suggested that the city needed an overall shoreline assessment to document changes and habitat. “It started with oysters and led to resiliency,” Burke reported. Resiliency planning allows the city to absorb shocks and stresses to its social, economic, and technical systems and infrastructures in response to changes, such as sea level rise or disasters. 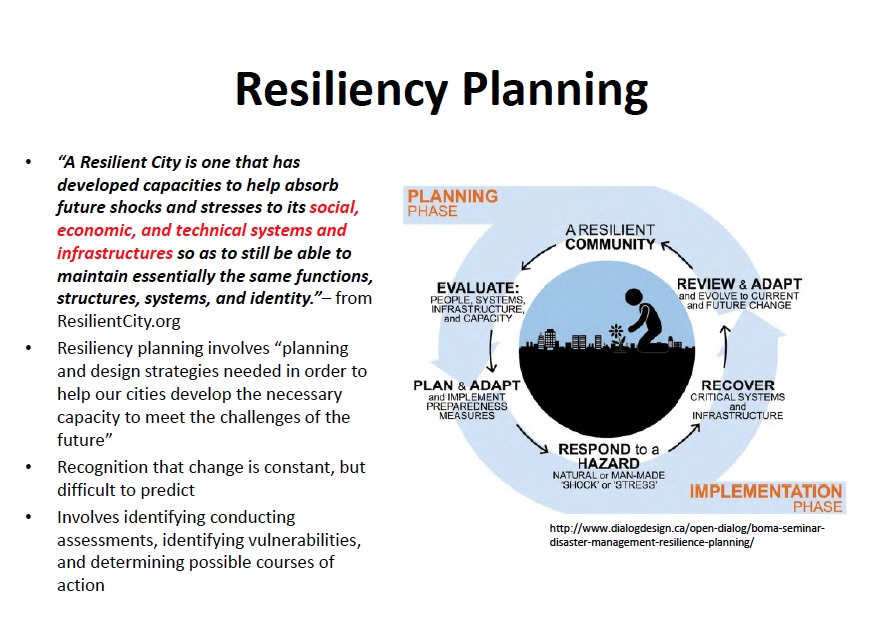 For example, the city looked at what effect a one-foot sea level rise would have on community assets such as structures, sewer and water systems and fire stations. 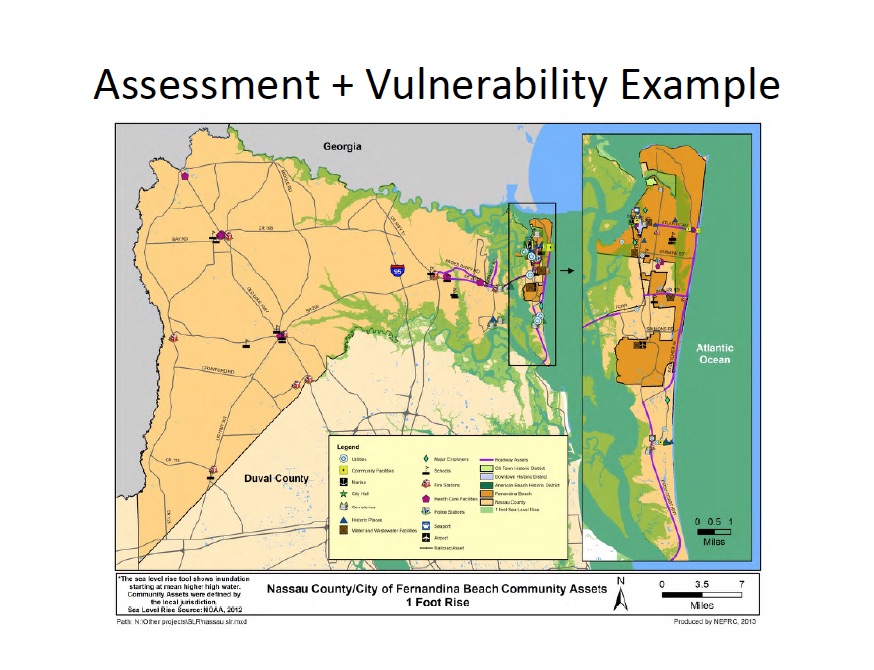 Burke briefed commissioners on a two-part plan that would address shoreline resiliency and disaster resiliency. With respect to disaster resiliency, she said the city already has plans that reside in different departments, but that the effort would bring all this information together. 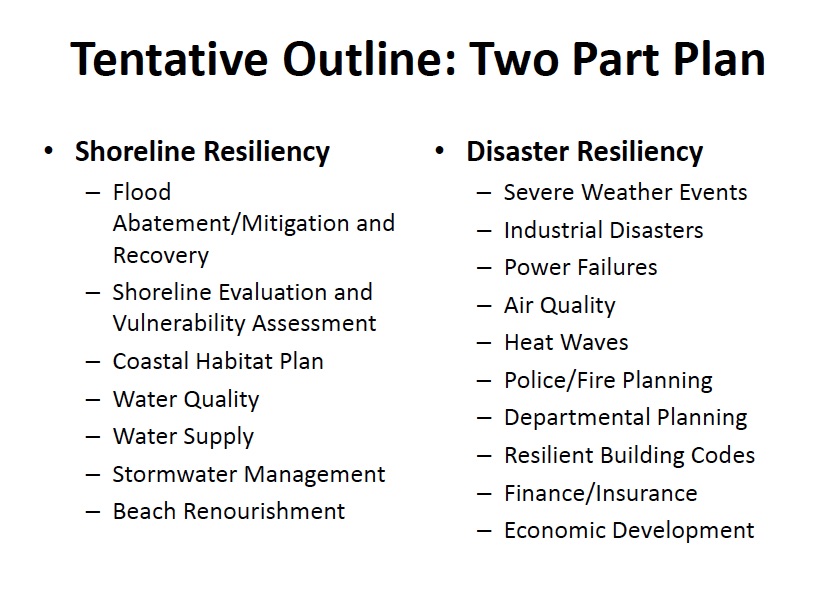 The city is at the beginning of this effort and will start with a shoreline evaluation. She commended the SJRWMD for its assistance. They will send people to the city to train volunteers to do some of the data collection. Burke underscored how many different areas of the city’s Comprehensive Plan will be supported by this effort.

She acknowledged the work of city staff and volunteer Len Kreger. Other agencies will also partner with the city and help identify grant opportunities. The city is currently identifying local stakeholders to help in the effort, such as the mills, non-profits and the Tourist Development Council.

Mayor Ed Boner verified that this effort is an aid to better planning, rather than mandating any particular action right now.

Volunteer and Planning Advisory Board Chair Len Kreger said, “What this really is, is data collection to help us get grants. Whether you believe in sea level rise, the money [for associated grants] is there.” He said that the city is already working on projects involving photovoltaic cells and stormwater, but that without data, it is difficult to obtain the available grants. “By the end of the summer,” he said, “we will have the shoreline plan.” Burke reinforced Kreger’s arguments, citing the tremendous networking efforts that have already occurred involving agencies that have never previously visited the city.

CRAAB Chair Mike Zaffaroni briefed commissioners on the work of his committee, seeking feedback. He said the committee’s work is limited because there are no funds available. He read from a November 6, 2014 memo sent to the FBCC before the 2014 General Election in which he enumerated seven committee goals and the lead CRAAB member for each:

He distributed a second memo dated January 18, 2015, emphasizing the importance of action on the Quiet Zones and the sidewalk project connecting Centre Street to the Salty Pelican Restaurant. He said that the committee hopes to do a better job this year in providing advice to the FBCC. He also expressed the committee’s desire to revisit the idea of touring regional CRAs to get a better understanding of what a successful CRA can bring to the city. The tour planned last year, supported by many business people and the Chamber of Commerce, did not take place when an insufficient number of city commissioners expressed interest.

Zaffaroni said that people have approached him with a sincere interest in seeing redevelopment happen in the CRA. Mayor Boner thanked Zaffaroni and invited him to return to future meetings.