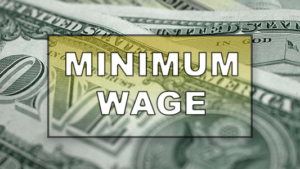 If voters approve Amendment 2 to raise Florida’s minimum wage in this election, Florida will lose nearly 200,000 jobs over the next five years, according to an analysis by two economists.

“By 2026, 158,000 jobs will be lost because of a $15 minimum wage,” reads the analysis, Estimating the Impact of a $15.00 Minimum Wage in Florida. “Should the hospitality industry face slower growth than other industries, this figure would rise to 181,000 lost jobs.”

The analysis was prepared by economists Dr. William Even of Miami University and Dr. David Macpherson of Trinity University, who concluded many of the estimated 336,000 direct and hotel-supported jobs lost in Florida during the pandemic would not be staffed if Amendment 2 passes.

“If a $15 minimum wage has broader negative impacts on the state’s economy, the resulting slower economic growth would create long-term impacts from which the state might never recover,” the analysis said.

Florida For A Fair Wage’s constitutional amendment calls for raising the state’s minimum wage from $8.46 an hour to $10 an hour in September 2021, with $1 an hour increases annually until it reaches $15 in 2026.

Florida For A Fair Wage is led by John Morgan, a prominent Orlando trial attorney who also spearheaded the 2016 measure that legalized medical marijuana. His firm contributed nearly all the $5.25 million in contributions raised by the campaign.

Amendment 2 is one of six proposed state constitutional amendments on the Nov. 3 ballot. According to a Sept. 21-22 St. Pete Polls’ survey of 2,906 voters statewide, the measure is poised to pass, with nearly 65 percent saying they’d vote for it.

Even and Macpherson’s study is among other analyses that indicate whatever gains minimum-wage workers make in pay will be offset by job losses, especially among small businesses.

A Florida TaxWatch study in September said the measure would create “winners and losers,” and state economists, in their fiscal analysis of Amendment 2, said raising the minimum wage by $1 annually through 2026 means “state and local government costs will increase” by $16 million in 2022 to $540 million in 2027.

In analyzing a bill adopted by the U.S. House, the Raise the Wage Act, which would raise the federal minimum wage to $15 an hour by 2024, a Congressional Budget Office (CBO) study projected mixed results.

Gradually doubling the $7.25 hourly federal minimum wage by 2025 would boost pay for 27 million people and lift 1.3 million households out of poverty but potentially trigger the loss of 1.3 million jobs, the CBO said.

Opponents, such as the Florida Chamber of Commerce, Americans For Prosperity-Florida and Save Florida Jobs, a group spearheaded by the Florida Restaurant & Lodging Association (FRLA), are stepping up campaigns against the measure.

The FRLA’s website features a minimum-wage calculator. As an example:

According to Even and Macpherson, tipped workers, part-timers, women, teenagers and those on fixed incomes, would be hurt most.

“Amendment 2 would raise the tipped minimum wage by more than 100 percent – substantially raising the required base pay for employees who already earn far more than minimum wage through their tip income,” the analysis said, estimating Florida would lose 25,900 tipped jobs if Amendment 2 passes, and female workers would lose two-thirds of the estimated total jobs lost.