Multiple units from Fernandina Beach Fire Department and Nassau County Fire Rescue responded to an early morning fire at 1088 South Fletcher Avenue in Fernandina Beach, FL.   A call was placed to the 911 dispatchers at 2:33 a.m. on November 6, 2017, by an individual stating that there was smoke coming from the East side of Fletcher Avenue, but they did not see flames.  Upon arrival of the first fire apparatus from Fernandina Beach, firefighters discovered  heavy fire venting from windows on the side of the home.

Firefighters entered the structure with hand lines and made their way to the fire where they encountered heavy smoke and fire conditions and were forced to back out of the structure due to the floor collapsing into the lower level of the home.  It took fire crews one hour to get the blaze under control.  The fire was completely extinguished at 4:20 a.m.

No occupants or firefighters were injured due to the fire.  South Fletcher Avenue was closed to through traffic while the blaze was being brought under control, and was reopened at 7:35 a.m.  The structure was a total loss.  An investigator from the Florida State Fire Marshal’s Office was requested and is investigating the cause of the fire.  The fire does not appear to be of a suspicious nature.  Investigations are being hindered due to the instability of the structure’s walls and the partial collapse of the floor. 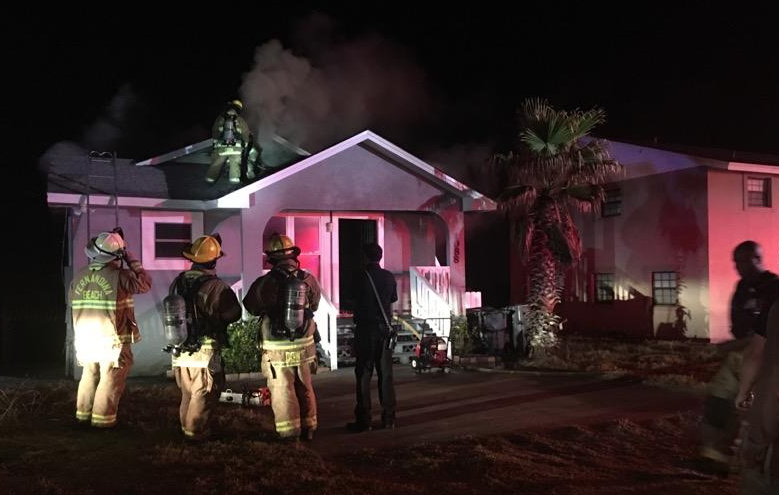