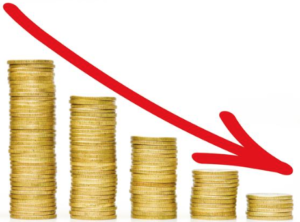 Florida also could see a 10 percent increase in Medicaid enrollment, with a projected 4.36 million residents expected to be enrolled in the program by Dec. 31, fostering a potential $553.7 million budget deficit, economists forecast.

Florida, however, has $4 billion in reserves, is sitting on $5.8 billion in federal Coronavirus Aid, Relief and Economic Security (CARES) Act funds and could avoid dramatic budget upheavals if the U.S. Department of Treasury allows states to use COVID-19 assistance for expenses other than those directly pandemic-related.

That determination likely will remain foggy until Senate Republicans and House Democrats reach an accord on another round of COVID-19 assistance.

“There is a very high degree of uncertainty surrounding the future allowable uses of these dollars by states and local governments,” state economists wrote in the General Revenue Fund Financial Outlook Statement adopted by the Revenue Estimating Conference (REC) on Friday and updated Tuesday.

Without a relaxation by the Treasury, “the Fiscal Year 2020-21 ending balance shown in this outlook will be lower, potentially becoming negative,” the outlook stated.

If some of the $5.8 billion in CARES Act money cannot be used to plug budget holes, the state’s $92.2 billion budget that went into effect July 1 may require extensive amending.

DeSantis said last week Florida’s CARES Act money is “obligated” but not spent. He has not elaborated. Along with the $4 billion in reserves, DeSantis has ordered state agencies to submit plans to trim 8.5 percent from their budgets.

The state’s unemployment rate was 10.4 percent through June, with more than 1 million Floridians out of work. As a result, Florida has paid $2.9 billion in unemployment compensation since mid-March, according to the Florida Department of Economic Opportunity.

The more who are unemployed, the more people lose health insurance and enroll in Medicaid. The $30 billion Medicaid spending plan in the budget was based on 3.8 million enrollees.

That increase expires Dec. 31, however. Without an extension, the state could see a $553.7 million deficit by July 1, 2021, economists project.