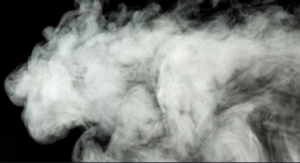 Florida Gov. Ron DeSantis has vetoed a bill that would have raised the age to buy tobacco to 21 and banned flavored nicotine vaping products because, he said, the vaping measure would encourage cigarette smoking.

“This legislation would almost assuredly lead more people to resume smoking cigarettes, and it would drive others to the hazardous black market,” DeSantis wrote Tuesday in his veto letter. “The latter consequence is especially significant because the much-publicized cases of lung injury associated with vaping in recent years has been traced to illegal, or black market, vape cartridges containing THC, not to the types of legal vaping products this bill would abolish.”

Senate Bill 810 was adopted by the House, 99-17, and Senate, 27-9, in March right before the Florida Legislature adjourned.

The bill was sponsored by three Senate committees and carried by Sen. David Simmons, R-Longwood, who will be Senate President during the 2021 and 2022 legislative sessions.

Under the bill, vaping products and e-cigarettes would be regulated the same way as smoking and chewing tobacco, making it illegal for anyone under age 21 to use, and all vape flavors other than menthol and tobacco would be banned unless approved by the U.S. Food & Drug Administration (FDFA).

“We have a crisis in the sense that the anecdotal evidence is supported by the empirical evidence,” Simmons said in December when he introduced the initial iteration of what would become SB 810. “We know that what will happen is that if we don’t solve this problem, we are going to be in a health crisis and a financial crisis in the future.”

Late House amendments to SB 810 allowed store employees under 21 years old to sell tobacco and vape products, pushed the effective date from Oct. 1 to Jan. 1, and clarified vape product permits would not carry a $50 fee, as earlier versions of the oft-amended bill briefly had proposed.

DeSantis wrote in his veto letter that raising the smoking age to 21 was “superfluous given this is already mandated by federal law” beginning Oct. 1 and said the ban would devastate small businesses that sell the products.

“We support raising the age to purchase tobacco products to 21, as has already been done at the federal level, but committee amendments turned this bill into a monstrosity. When legislators voted for this bill, few had any idea they were actually voting to shut down small businesses in their districts,” American Vaping Association President Gregory Conley said. “This would have been disastrous not only for the 5,000-plus vapor-related jobs in Florida, but for the 800,000-plus adult vapers in Florida as well.”

“SB 810 would have cost Florida nearly $2 billion in economic activity,” Florida Smoke Free Association President Robert Lovett said. “Now more than ever, we appreciate elected officials like [DeSantis] who defend personal freedom and support our small business community. We need this leadership now more than ever.”

SB 810 was among 26 bills adopted during the 2020 session received Friday by the governor’s office. The Legislature delayed sending the bills to DeSantis to allow the governor to deal with the COVID-19 pandemic.

DeSantis has signed 10 of them. He has until today to veto the remaining 15 measures or they go into effect.