Fernandina Beach City Commissioners (FBCC) have discussed at various times the possibility of banning the use of plastic bags and plastic straws in the city.  At their June 4, 2019 Regular Meeting City Attorney Tammi Bach advised them that Florida Governor Ron DeSantis had vetoed a bill that would have allowed communities to ban plastic bags.

In a subsequent clarifying email Bach stated, “Good news is that Governor DeSantis vetoed the preemption (HB 771) on local ordinances banning single-use plastic straws, see attached 2019 veto letter.  Bad news is that SB 694 (2019) would have allowed pilot programs on the local level banning plastic bags/polystyrene, but SB 694 died in committee.  Litigation is still pending regarding the City of Coral Gables’ ordinance banning plastic bags and state preemption.  Other cities such as Gainesville have passed local ordinances banning plastic bags/polystyrene despite the pending litigation.” 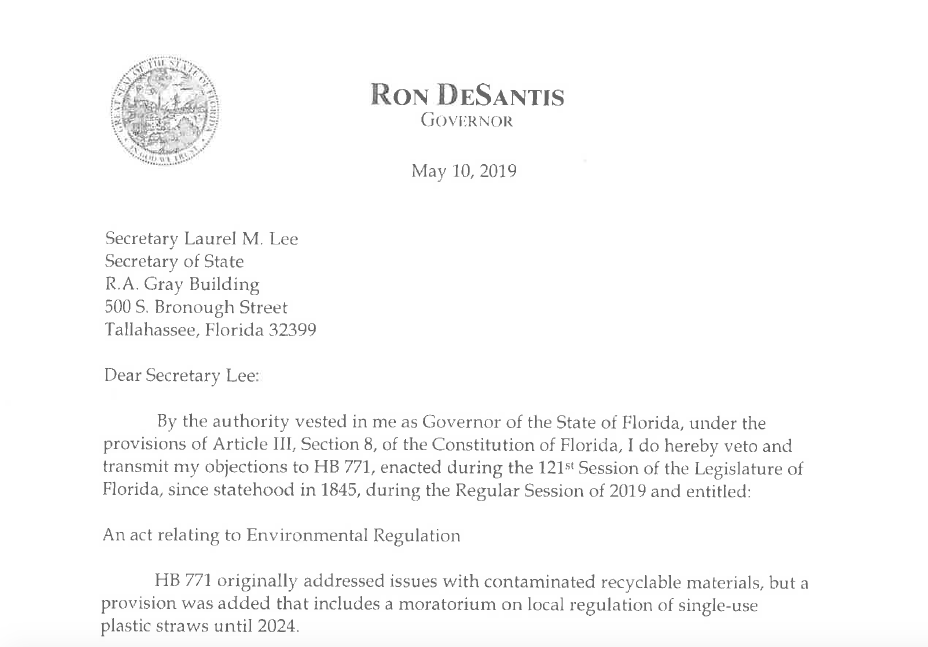 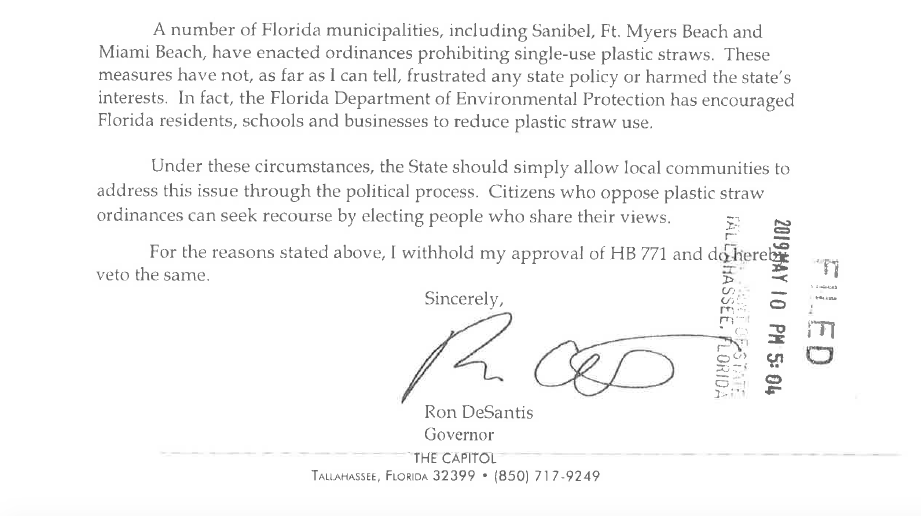