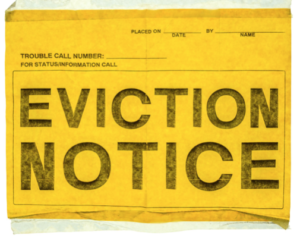 (The Center Square) – Florida moratoriums on food stamp work requirements, evictions/foreclosures and nursing home visitations are set to expire in the coming days.

Gov. Ron DeSantis has extended one, hinted at prolonging the deadline for another and this week introduced a plan on how to do away the other.

DeSantis on Tuesday confirmed he approved Monday’s announcement by the Florida Department of Children and Families (DCF) suspending prerequisite work search requirements for food-stamp recipients through, at least, Aug. 31.

The DCF reinstated work search requirements, suspended since March, for Floridians seeking food stamps in July, requiring an “able bodied adult without dependents” to work or participate in a work program at least 80 hours a month to qualify.

“Gov. Ron DeSantis wants Floridians, especially parents, to focus on making the best decision for their families in the coming weeks,” DCF wrote in a statement shared by state Rep. Anna Eskamani, D-Orlando, in a tweet.

Eskamani urged others to “keep the pressure on,” stating “public backlash” helped DeSantis and the DCF change their minds about reinstating the work requirement moratorium, calling it “a small victory for the people of Florida.”

As of Wednesday afternoon, the governor had not formally addressed requests to extend his statewide moratorium on housing evictions beyond Saturday.

DeSantis has extended the eviction/foreclosure moratorium ban three times since first imposed on April 2. Each time, he has done so as the clock ran out.

He has been mum on what his plan is, hinting only that he will “have an announcement on that soon.”

The moratorium allows people to avoid eviction from their homes amid the virus outbreak. During the governor’s June extension, nearly 17,000 eviction orders were filed in Palm Beach County alone, Sharon Bock, the county’s clerk of courts, told the Palm Beach Post.

If the order is not extended, “we may be trading a medical pandemic for a housing pandemic,” Bethanie Barber, the executive director for the Legal Aid Society of the Orange County Bar Association, told WESH-TV.

The federal Centers for Medicare & Medicaid Services (CMS) is sending rapid-results tests to 2,000 nursing homes and long-term care facilities (LTC) across the nation that serve Medicare or Medicaid patients. The kits include supplies for up to 900 tests per facility. They produce results within 15 minutes.

All nursing homes and LTC facilities nationwide will have a steady supply of rapid tests within three months, the CMS said. How many in Florida are receiving the rapid tests in the first round of dispersals is uncertain but, as the ability to get results quickly becomes more common, DeSantis said he will consider lifting his visitation moratorium, in place since mid-March.

“If you have the ability to do that, then I think we need to be able to start thinking about visitation again,” he said. “Because if you test negative, then you can go in and see your loved one. And obviously you could have PPP [personal protective equipment] requirements, all this other stuff. But I really, really worry about the toll that the isolation has had on people in long-term care facilities.”

Across the state, 2,760 long-term care residents and workers have died of the virus, according to the Florida Department of Health (DOH) COVID-19 dashboard, which Wednesday reported more than 12,000 cases in state nursing homes and ALFs.