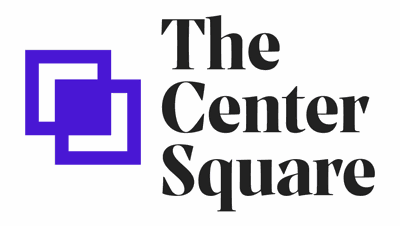 (The Center Square) – Florida Gov. Ron DeSantis is calling on Michigan and Pennsylvania lawmakers to negate their state’s popular votes and select electors who will cast votes for President Donald Trump when the Electoral College convenes Dec. 14.

Citing Trump campaign claims of mail-in ballot fraud and allegations in both states of local elections officials not complying with laws, DeSantis told Fox News’ Laura Ingraham that lawmakers in Michigan and Pennsylvania under the U.S. Constitution have the authority to send their own “faithless electors” to the Electoral College.

“Under Article II of the Constitution, presidential electors are done by legislatures and the schemes they create in the framework,” DeSantis said. “If there’s departure from that and (local elections officials are) not following the law, if they’re ignoring law, then they can provide remedies as well, so I would exhaust every option to make sure we have a fair count.”

Michigan and Pennsylvania are among 33 states with laws that bind electors to statewide popular votes or, in Nebraska and Maine, to popular votes in congressional districts.

Those laws were upheld in a Supreme Court ruling earlier this year. Electors who don’t comply with state law requiring them to vote the popular vote are “faithless electors.”

State electors are selected by state lawmakers of both parties. Two sets of electors usually are designated by each party before the election. All but two states have winner-take-all elections, meaning whichever candidate from whichever party wins the popular vote, regardless how close, wins all the state’s electoral votes.

DeSantis’ call for Pennsylvania lawmakers to send faithless electors to the Electoral College echoes Pennsylvania state Senate Majority Leader Jake Corman’s, R-Centre County, confirmation in a September article in The Atlantic that if there is no certainty in the sanctity of the popular vote, the GOP-led Legislature “will have no choice” but to send their own electors.

While other interpretations indicate DeSantis’ view of Article II is somewhat expansive, it often is cited as a backdoor way to electing a president if a state’s popular vote does not produce a clear winner.

The Trump campaign has sued in Michigan, intervened in an existing Pennsylvania case and said it will seek a recount in Wisconsin in an effort to prove the popular votes did not produce a clear winner.

Former Florida Attorney General Pam Bondi is on the Trump legal team in Pennsylvania, where the campaign has sued over claims of voter fraud and won a victory Thursday in a ruling that allowed campaign representatives to witness the vote count at the Philadelphia Convention Center from 6 feet away.

DeSantis also criticized election laws in states such as Wisconsin and Pennsylvania that allow officials to count ballots received after Election Day and don’t allow local elections officials to begin counting ballots until Election Day or, in some cases, not until after the polls close on Election Day.

Having a long mail-in and early voting period with a sharp deadline that ballots must be received by elections officials on Election Day and permitting local elections officials to tabulate votes as received were key in Florida producing conclusive counts of more than 11.1 million votes less than three hours after polls closed Tuesday.

“All the votes are in, and then you know how many votes are there,” DeSantis said. “We track as every voter comes in to vote or submits a mail, we know the universe, then you count it, you produce a result.”

Sounds like “stealing” the election. And, he’s suggesting that the states violate their own law which has been upheld by the Supreme Court.

That may be true, but there are federal laws which allow for both parties to witness the counting, and those were not followed in Pa or Mi. There are pictures of windows being covered over in Detroit to preclude the observation of ballot counting. And I’ve seen a Screenshot taken by a Philadelphia worker who was subsequently ejected, and which shows 5 people in a row who were born in 1900.

One way or another this will go down as probably the most compromised election ever, and will have lasting consequences for whatever is left of our country.

Mr. Owen, “where is the beef?” If there is so much fraud, let the Trump lawyers prove it. I disagree about the “Most compromised election ever”; if fact more people exercised their constitutional right to vote then ever before. My take is that more people wanted to get rid of the incompetency of Donald Trump and get our country back to “Being Great” again. Joe Biden will be a healer.

Mr. Owen, the windows were covered because morons were banging on the windows and screaming at the workers. The coverings on the windows did NOT impede the observers of the Republican and Democrat parties because they were INSIDE.

Bill, all of those instances you mention were found to not violate any laws. Clerical errors were immediately fixed, poll watchers were not allowed from outside the county (by state law), etc. Republicans are trying to create appearances of problems where none exist so that they gave excuses to file lawsuits, switch electors, etc. This is sore losing at its worst.

To which country do you owe your loyalty, Ron? Inquiring minds want to know.

The president of Mexico will not congratulate Biden until the legal challenges are over. Why isn’t CNN telling you that?

DeSantis needs to mind his own business and stick to the issues in Florida. What sort of hold does Trump have on him? There is zero evidence of voter fraud and it’s time for the Republicans to accept the people’s choice. It’s time to start healing this nation, not continue the divisive rhetoric.

De Santis is turning out to be such a loser. He got off to a great start in Florida and now he is going downhill. He needs to tend to his own state which is descending into Covid hell and butt out of other states business.

I believe all our lift stations and wastewater line are in d...
wpDiscuz
9
0
Would love your thoughts, please comment.x
()
x
| Reply
Comment Author Info