‘We are not arresting kingpins here.’ 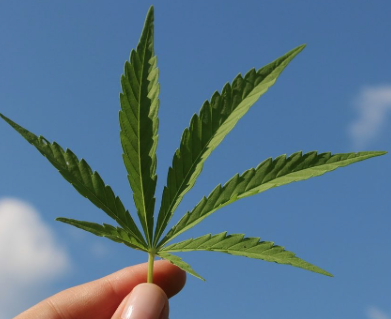 Democratic lawmakers want to legalize marijuana, and they’re urging Florida’s Republican-controlled Legislature to do it now.

Thus far, Democrats have proposed at least 10 marijuana-related bills in the 2022 Legislative Session. At least one measure would outright legalize marijuana (HB 467), while another would decriminalize the drug and other addictive substances.

All will face an uphill battle in Tallahassee.

“A bill legalizing marijuana has never been heard in the Florida House,” Democratic Rep. Yvonne Hinson said at a Thursday news conference. “That needs to change this year. States are legalizing cannabis all over the nation, and Florida is falling behind.”

A 2019 bipartisan poll by the University of North Florida shows 64% of Florida voters support legalizing marijuana for adult consumption.

“The Florida Legislature has issues with regard to listening to the will of the people,” said Democratic Rep. Geraldine Thompson of Windermere.

Hinson and Thompson stood alongside several Democratic lawmakers and activists at a news conference Thursday, making their case for the legalization of marijuana.

Together, they argued the prohibition is harming Floridians, particularly minorities. In 2018, 42,000 people were arrested for misdemeanor marijuana possession; more than half were Black, Hinson said.

“We are not arresting kingpins here,” she said. “We’re arresting small-scale users and ruining their lives.”

Under her proposal (HB 725), all “addictive drugs” would be decriminalized. Instead of jail time, a person possessing an addicting drug — including marijuana — would face a noncriminal $50 fine.

The bill, additionally, would compel the Florida Department of Health to study effective drug treatment methods and grant clemency to those incarcerated for marijuana possession.

“This bill mitigates the impact of the war on drugs, where addicts are basically thrown away and locked up,” Joseph said.

All attendees, including Democratic Rep. Anna Eskamani, highlighted how a drug conviction could limit opportunities and burden livelihoods.

Legalization, they said, would create opportunities for reinvestment.

“There are already so many great models in states across America,” the Orlando lawmaker said. “Take this revenue and reinvest it in communities, especially in those communities who have been most dramatically negatively impacted by the criminalization of cannabis.”

Though glossed over in the article, 18 states and the District of Columbia already permit recreational use of marijuana: AK,AZ,CA,CO,CT,DC,IL,MA,ME,MI,MT,NJ,NM,NV,NY,OR,VA,VT,WA

Not true. NY, NJ, CT` (the three from your list I know about) have moved towards recreational cannabis but do not permit it as of yet. NJ keeps saying next quarter, NY just created a committee to draft legislation (probably a 2023 event) ditto for CT. This article and your statement is false and misleading.

Just because it might be popular in other states doesn’t mean we want more zombies walking around on our streets. It is always legalize for medical then recreational for everyone.

Mr. Smith – One thing is for sure, there are a whole lot of Zombies walking around already. Consider, Paxil, Zoloft, Xanax, Risperadol, Tramadol, Prozac, etc. etc. These laboratory created synthetic chemicals can have severe side effects – like GYNECOMASTIA. Their immense prevalence in society can be explained by the immense funding BIG PHARMA provides to our political leaders on both sides of the fence. The Parkland High School Safety Act provided something like $70 million of taxpayer money for “Mental Health Assistance.” Please – everyone – go to youtube and watch https://youtu.be/I5qamYpmODA The title of that video is “Freedom of Choice: How the Government controls what you consume.”