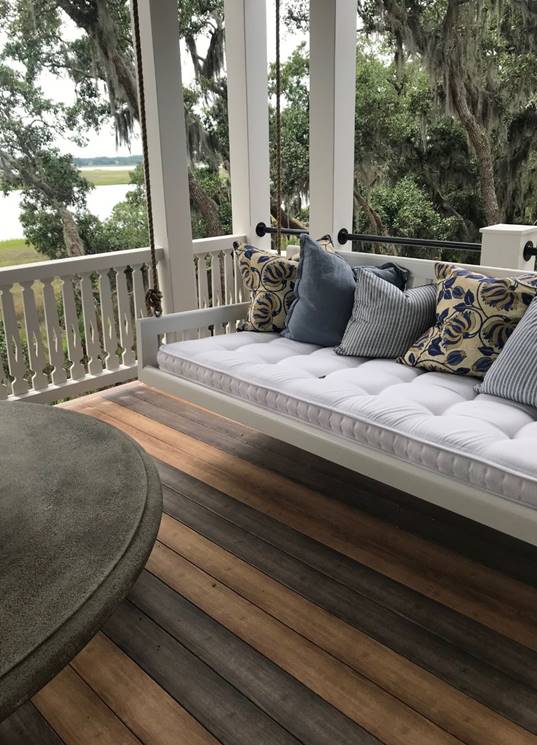 Welcome to Crane Island. Often described as an “island within an island,” it is “a luxury 113-home master planned community . . . with over 3,500 feet of Intracoastal Waterway frontage and over 4,000 feet abutting salt marshes.” A recently issued press release about this new neighborhood goes on to say this “185-acre site is the last parcel of waterfront land on Amelia Island.”

Of the planned 113 luxury homesites, 11 have been sold already. Prices for these custom homes range from the $900’s to $3 million plus.

Developer Jack Bernard Healan, Jr. and his longtime partner Saad Wallan provided the vision for this exclusive community. Many may recall that it was Jack Healan who was responsible for developing the Amelia Island Plantation, having been involved with the Sea Pines Company in South Carolina. Central to the mission, vision and values of both companies is to preserve much of the natural environment. The same goes for Crane Island.

A release distributed a year ago said, “Wallan and Healan are committed to honoring and protecting the island’s storied past and natural environment and building a timeless, connected community where life begins and ends on the front porch.” More on that later. 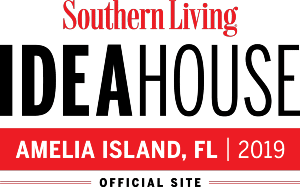 Public tours commenced on Saturday, June 8th with a ticket price of $22 – and a portion of those proceeds will go to the Amelia Island Museum of History. Their Facebook page notes that more than 350 individuals have toured the home since then.

But there’s even more that makes this new development so exciting – Amelia Island’s own “Idea House” will be featured in the August 2019 issue of Southern Living!!!!

Each year a distinctive location is selected to be the site of an “Idea House” – a concept which challenges a design team, among other things, to come up with a list of (at least) “101 New Ideas” for readers.

One such recent “Idea House” was located in Bald Island, North Carolina and this year’s selection was hailed as “Southern Living is Building a Beach House!” when the publication announced that Crane Island would be “it.” The August issue showcasing this exclusive new homesite will be on newsstands July 19.

During a recent tour of the AI’s newest community and the site of this years’ “Idea House”, Sid Evans, Southern Living’s Editor in Chief, when asked what cities were considered for the 2019 Idea House, quickly responded and without a blink of an eye, simply said (and this is paraphrased) “once we heard about Crane Island on Amelia . . . it was a done deal.”

John Hillman, Crane Island’s Vice President of Sales and Marketing often starts his presentations with by acknowledging the great team that was assembled to make this dream house/ “Idea House” a reality – with mention made and praise given to official partners and other contributors.

It is often printed that “Crane Island embraces all that is pure and delightful about the historical influence of Fernandina Beach and the region.”

During a recent tour, Jim Strickland, founder of Historical Concepts, the Atlanta based firm that designed the home and one of the key Crane Island partners echoed that sentiment by saying, “It takes a team to pull-off a house like this.” Mr. Stickland was also most gracious when he acknowledged “the real heroes [as being] the people that allowed Crane Island to happen,” – a incredible “tip of the hat” to the Amelia Island community, the residents and its leaders.

But, here’s more about the house. This “Idea House” is comprised of 4,540 square feet with four bedrooms and four bathrooms and an addition 1,400 square feet of porches! Estimate “real estate” value, with all things included is estimated to be about $3.5 million.

Native Southerners know that life “in these parts” is built around outdoor living and porches are as integral a part of a home — as in indoor plumbing!

“A modern farmhouse” or an “open concept home” are just a few of the phrases bandied about when one describes this Idea House. Everything, from top to bottom, has an elegant feel – incorporating all that is characteristic of a traditional farmhouse yet with modern amenities and oftentimes, contemporary furnishings.

In addition to views of the water which are practically unsurpassed, design elements which include beaded board accents, transom windows to let in more light, shiplap walls and on the floor, wide plank boards – all just a few of the touches which create a perfect harmony between old and new.

When asked how it was she knew she wanted to become an interior decorator, Hillegas (a former Style Director for Southern Living), shared her story. Hillegas shared a story in which she recanted an experience she had when she was just about nine years old.

Her family was moving from their longtime home in Virginia to the great state of Texas – a decision that she was not at all happy about it. Her parents told her she could have whatever she wanted. Many would think a puppy or a pony but no, she wanted to design her own bedroom and bath. And with blue being a primary color in her vision, a star was born.

Which leads into a more in-depth discussion of how this model home and “Idea House” has also been described as a family affair. While there is definitely more than this, one example is Chloe Wood, an artist who just happens to be the wife of Chris Wood, co-founder of Riverside Homes. Mrs. Wood provided six small pieces of artwork for the twin bedroom – a series entitles the “Golden Hour” which features a study in botanicals.

Going back to the concept of “marrying” new construction with old . . . a master-planned community with a town listed on the National Register of Historic Places — the “dream team” spent hours in historic Downtown Fernandina.

A most notable incorporation of which is perhaps the framing of porches on the “Idea House.” Locals will be pleased to learn that the porch “bracketing” used on this model home was actually inspired by a home in downtown Fernandina — on 10th Street, to be exact.

But lest we forget, and as noted by Southern Living editor Sid Evans, this beautiful home on Crane Island, like every “Idea House,” chosen by the magazine must provide readers with new and exciting ideas – to the tune of at least 101.

While one has to see for themselves, here is just a sampling of those ideas:

• elements of a wallpaper pattern are incorporated as additional design elements as a framed “print.”

• and, another portion of a different wallpaper pattern is cut out and used to create the look and feel of a tent in what is intended to be a bedroom for grandchildren

Suffice to say, this incredible “Idea House” provides all that and more. But one should see for themselves.

The community of Amelia Island will no doubt be proud to “shout from the rooftops” all that is wonderful about this new neighborhood – its compatibility with the environment, its dedication to preservation and natural landscaping — and what it took to make it a reality.

For additional details, please go to www.craneisland.com.
House plans are available at Houseplans.SouthernLiving.com

(And for those addicted to HGTV and superstar Joanna Gaines — you will be pleased to know that in fact, there is a wallpaper pattern designed by the ever-so-popular co-host of the TV show Fixer Upper — and it’s used in the pantry).