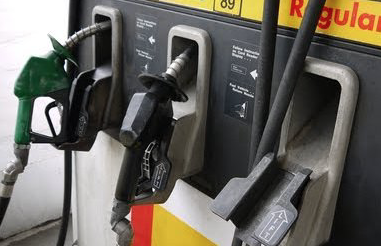 There’s no relief from Florida gas prices as Halloween passes and a new month opens. Pump prices held steady at the year’s high-point of $3.31 heading into Monday.

AAA — The Auto Club Group reported Monday morning the same global market pressures that drove prices up everywhere remain in effect. That means Florida drivers still are seeing frightening numbers at the pump. If there’s any good news to be found, it’s that the cost of gasoline didn’t go up any more in the past week.

“Although oil prices remain elevated, they seem to have leveled off, which helped prevent any additional spikes at the pump last week,” AAA spokesman Mark Jenkins said in a news release. “Drivers could see another week of stagnant gas prices, unless there are any big shifts in what has become an extremely tight crude oil market.”

Nationally, the average price of a gallon of gas was $3.40 on Sunday.

The price of crude increased a total of 12% in October, rising from $75.88 per barrel to a high of $84.65 early last week. The increased cost of crude raises the cost of producing gasoline.

On Friday, the price for U.S. crude settled at $83.57 per barrel. That was 19 cents less than the week before, and the first weekly loss in 10 weeks.

Drivers in Punta Gorda saw the state’s lowest average cost, $3.24 per gallon. That was followed by Sebring at $3.25; The Villages, Jacksonville, and Melbourne-Titusville, $3.27; Tampa, Orlando, and Pensacola, $3.28; and St. Petersburg, Sarasota, and Daytona Beach, $3.29.