This has been a year of turmoil for our city of Fernandina Beach.  But after 18 years here, I’ve concluded somewhat wistfully that many people care about city government only to the point that it is a reliable source of entertainment.  The regular turnover in both elected and appointed city leaders all but guarantees that like Bill Murray in the movie Groundhog Day, we are doomed to struggle with the same problems year after year with no resolution. 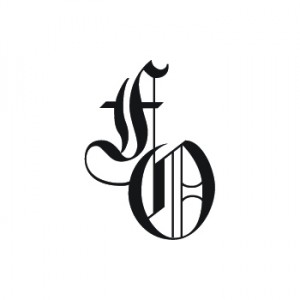 So what do Fernandinians really want?  A safe, clean, friendly city with good schools plenty of recreational opportunities, racial harmony, pristine beaches and green spaces, opportunities for small, clean businesses, twinkly lights on Centre Street and fireworks on the 4th of July.  Have I missed anything?

But how do we propose to pay for these things?  Forget ad valorem taxes—they are already too high, according to the Tea Party folks, second home owners and those who bought their homes at the high end of the real estate boom.  The recent attempt to institute parking fees at the beach was resoundingly killed in the court of public opinion.  Likewise the beach driving proponents assured the defeat of an attempt to annex voluntarily into the city folks who would have added $160K in annual revenues.  Folks who were convinced that in so doing the Peck Center would lose its centrality to the Southside neighborhood likewise killed consolidating recreational facilities.  Impact fees are also under attack by those who believe that they unfairly burden start-up businesses.  Franchise fees have been criticized as a tax by another name and a way to get more money from non-property owners.  Bed taxes are not controlled by the city, and their dispensing is not either.  And of course, everyone complains about city fees for licenses, permits, public records, you name it.

So logically, if we can’t raise money, we need to cut expenses.  Sounds good, but where?  City Manager Gerrity will tell you that city government is far from being bloated.  Many city departments are understaffed, resulting in some service cutbacks today that will only worsen if the economy continues at its current level.  The City has already looked at reducing waste collection to once a week as a cost savings measure and concluded that it would not save a lot of money but might present a health hazard.  Mayor Sarah Pelican has asked commissioners to come prepared to the first FY 2013-14 city budget workshop (January 8, 1-5 pm, City Golf Course Clubhouse) with five ideas to improve the city’s budget picture.

There are hopes on the horizon that consolidation of certain services with Nassau County might provide cost savings, as well as closer cooperation with the Ocean Highway and Port Authority.  But any hope of obtaining major grants to defray costs for anything except airport expenses is unrealistic in today’s economic climate.

The future of projects approved by two previous commissions is murky at this point.  Many of our current commissioners ran on platforms opposing the so-called F2, or Forward Fernandina projects:  Front Street improvements, a waterfront park, improved rail crossings to include opening the Alachua Crossing, renovating and expanding the library facility.  Despite the fact that the $1.8M borrowed for these projects is being financed through franchise fees, the commission could vote to halt all projects and return the unspent money.  Will they in fact do so?  It remains to be seen.

The problems our city faces are real but not insurmountable.  The question for this commission is the same as the question before all previous city commissions:  Do you have the political will to lead or will you merely reflect the mood and demands of those who elected you?  Tough times call for tough decisions.  Politicians at all levels in our society are much better at pointing fingers and taking popular stands to appease their supporters and special interest groups than in solving problems.  My hope for 2013 is that the Fernandina Beach City Commission shows that it can rise above longstanding family feuds, short term gotcha glory and the petty, personal agendas of some in our community to focus on strategic initiatives that will guarantee a strong future for our current residents and businesses and those who will come after us.

Change is uncomfortable for many of us, but the absence of change is death.  Shuttered businesses, neglected streets and parks, and abandoned buildings are an unacceptable price to pay for less government and lower taxes, at least in my book.

So let’s expect the best of our new commission in the New Year.  Forward Fernandina does not need to become Backward Fernandina.  Surely those of us who moved here can agree with those who never left that Fernandina Beach is a special place for all of us.  Investing our talents, time and yes, money, to make sure that we not only survive but thrive should be a priority for all of us.

I wish all of you a happy, healthy and prosperous New Year!