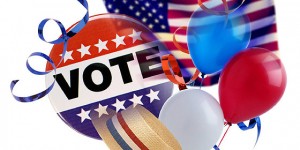 By approving Resolution 2013-104 at its August 6, 2013 regular meeting, the Fernandina Beach City Commission (FBCC) has set the stage for the next city General Election, which will occur on Tuesday, November 5, 2013.  If a Run Off Election is necessary, it will be held on December 10, 2013.

The Resolution, which passed by unanimous vote, is part of an on-going agreement with the Supervisor of Elections Office  (SOE) that spells out the duties and responsibilities of both the SOE and the City for the conduct of city elections and post audits.  The city has budgeted up to $14,500 to cover the cost of this off-year election which is limited to city issues:  election of one City Commissioner, straw ballot for mayor and referendums that would remove a limitation on Community Redevelopment Areas (CRAs) to bring city policy into conformance with state policy and others that seek approval to sell certain city-owned land currently zoned Recreational.

Although once considered a referendum issue, commissioners decided last month not to propose changing the term of commissioner from three to four years at this time.

Qualifying for the city commissioner seat currently occupied by Commissioner Arlene Filkoff begins on September 6, 2013 and ends on October 7, 2013.  Filkoff is not seeking re-election.  Interested citizens may contact Interim City Clerk Kim Briley for further information.  She may be reached at [email protected] or (904) 277-7305.

The FBCC passed on Second Reading by unanimous vote Ordinance 2013-16, which makes the date of the annual FBCC organizational meeting more flexible.  This change means that if there is no Run Off Election or if only one person qualifies for election, the commission may elect a Mayor and a Vice Mayor soon after the election instead of needing to wait until the second meeting in December, thereby shortening the “lame duck” period.