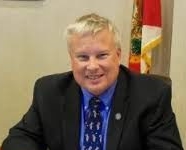 The data from the City’s recent National Community Survey have been provided to the City. Let me share an overview of the results (as pulled directly from the summary).

An individual within each household was selected using the birthday method. The birthday method selects a person within the household by asking the “person whose birthday has most recently passed” to complete the questionnaire. The underlying assumption in this method is that day of birth has no relationship to the way people respond to surveys. This instruction was contained in the introduction of the survey.

The 3,600 randomly selected households received mailings beginning on June 14, 2022 and the survey remained open for 7 weeks. The first mailing was a postcard inviting the household to participate in the survey. The next mailing contained a cover letter with instructions, the survey questionnaire, and a postage-paid return envelope. All mailings included a web link to give residents the opportunity to respond to the survey online. All follow-up mailings asked those who had not completed the survey to do so and those who had already done so to refrain from completing the survey again.

About 7% of the 3,600 mailed invitations or surveys were returned because the household address was vacant or the postal service was unable to deliver the survey as addressed. Of the remaining 3,360 households that received the invitations to participate, 886 completed the survey, providing an overall response rate of 26%. The response rate was calculated using the American Association for Public Opinion Research’s response rate #2 for mailed surveys of unnamed persons.

It is customary to describe the precision of estimates made from surveys by a “level of confidence” and accompanying “confidence interval” (or margin of error). A traditional level of confidence, and the one used here, is 95%. The 95% confidence interval can be any size and quantifies the sampling error or imprecision of the survey results because some residents’ opinions are relied on to estimate all residents’ opinions. The margin of error for the City of Fernandina Beach survey is no greater than plus or minus four percentage points around any given percent reported for all respondents (886 completed surveys).

The economy in Fernandina Beach is an asset and a priority.

Ratings for the economy in Fernandina Beach tended to be higher than or consistent with the previous iteration of the survey. About 9 out of 10 survey participants rated the city as an excellent or good place to visit, which was much higher than the national benchmarks. While assessments for Fernandina Beach as a place to work and the city’s shopping opportunities were similar to national averages and Fernandina Beach’s 2019 survey, evaluations of the quality of business and service establishments and the vibrancy of downtown/commercial areas both outperformed the City’s previous survey results as well as its counterparts across the nation. In particular, the overall quality of business and service establishments in Fernandina Beach showed a vast improvement since 2019, with ratings increasing from 70% to 86% excellent or good. The scores for employment opportunities and economic development also improved, with roughly half of respondents offering positive reviews this year.

Although residents gave largely favorable ratings to the city’s economy, they were less optimistic about their own financial outlook. Only about one-quarter felt positively about the cost of living in Fernandina Beach, which fell slightly compared to the previous survey. When asked what impact the economy would likely have on their family income in the next six months, just 10% of residents anticipated a positive impact, a steep decline from 34% in 2019.

Community design may be an area of opportunity for Fernandina Beach.

The facet of community design encompasses aspects such as the city’s overall design and layout, residential and commercial growth, public places, housing affordability and variety, and development and land use, among others. In 2022, residents gave high importance ratings (82% essential or very important) and relatively lower quality ratings (66% excellent or good) to this facet of livability, suggesting that this might be an area of focus for Fernandina Beach in the coming years. When compared to national benchmarks, the city scored lower than its counterparts in areas such as the overall quality of new development (33% excellent or good), well-planned residential and commercial growth (29%), variety of housing options (29%), and availability of affordable quality housing (13%). However, about 7 in 10 survey participants were pleased with the overall appearance of Fernandina Beach, public places where people want to spend time, and the preservation of the historical or cultural character of the community, all of which were equivalent to national averages. Although most items in this facet remained stable from the previous survey iteration, Fernandina Beach saw a strong increase in ratings for code enforcement (47% excellent or good in 2022) and land use, planning and zoning services (30%).

Many aspects of local government performance are trending upward but remain an area for continued focus.

About 8 out of 10 residents were pleased with the overall customer service by Fernandina Beach employees, a slight improvement from the City’s 2019 survey results. Nearly half of the respondents gave positive marks to the value of services for taxes paid to the City and the job Fernandina Beach does at welcoming resident involvement; these evaluations were on par with the national benchmarks and previous survey results. A similar proportion felt favorably about the local government treating all residents fairly, which increased since 2019. Slightly fewer residents offered excellent or good ratings to the City for being honest (40%) and generally acting in the best interest of the community (37%); while both of these assessments improved over the previous survey, they were below the national averages, suggesting an opportunity for growth in these areas. Roughly 3 out of 10 offered positive reviews for the overall direction that Fernandina Beach is taking and their overall confidence in the local government, also lower than the benchmarks but higher than the City’s 2019 survey results.

Over 60% of the residents rated the overall quality of the utility infrastructure in the city as excellent or good, on par with the national average. Evaluations for sewer services (81% excellent or good), power utility services (77%), garbage collection (72%), utility billing (70%), drinking water (63%), and stormwater management (63%) all increased slightly since the previous survey. All of these results were also consistent with the scores given in benchmark comparison communities across the nation. In addition, over half of respondents favorably rated affordable high-speed internet access in the city, also on par with benchmark comparisons.

The complete survey results will be posted on the City’s website and social media pages.

Survey results, which includes all the raw data, can be followed here: https://public.tableau.com/views/TheNCSReport-FernandinaBeachFL2022/About?:language=en-US&:display_count=n&:origin=viz_share_link

I think it’s important to note that the average person (99.9% of those surveyed) don’t know the first thing about utility infrastructure, sewer services, power utility services, drinking water quality, and storm water management. What should be a question of every resident of the City of Fernandina Beach is what was the cost to taxpayers for this survey and to what end.