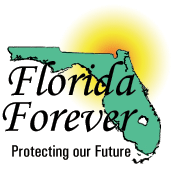 Senate Bill 1510, sponsored by Sen. Linda Stewart, D-Orlando, and House Bill 1211, sponsored by Rep. Thad Altman, R-Indialantic, were both filed Feb. 22. Neither has been assigned committees.

“It is time the Legislature honors the will of Floridians and establishes recurring funds for the purpose of conservation,” Stewart said. “While Florida continues to grow, we must be mindful of the need to preserve the state’s environment for the well-being and enjoyment of future generations.”

The bills seek to establish an annual $100 million base Florida Forever allocation, prohibit Land Acquisition Trust Fund money from being used to support direct, technology and information services by state agencies, and extend Florida Forever bonds by 14 years to 2054.

“With a thousand people moving to Florida every day, we must continue to acquire the necessary lands to meet our state’s future environmental and recreational needs,” Altman said.

Florida Forever is the nation’s largest public land acquisition program with more than 870,000 acres purchased and conserved by the state since 2016.

Voters approved Florida Forever as Amendment 1 in 2014. The measure required the state set aside one-third of revenue from its documentary stamp tax to acquire conservation lands.

The fund accrues up to $300 million annually but a provision in the state’s General Appropriations Act allows lawmakers to divert “unappropriated cash balances from specified trust funds” into the general fund to plug budget holes and provide tax relief.

Before voters approved the Florida Forever program, several state-financed conservation programs to boost Land Acquisition Trust Fund revenues preceded it. By 2015, the fund had collected more than $740 million with only $88 million surviving “budget sweeps” to be spent on conservation efforts.

The pattern of “budget sweeps” persisted even after Florida Forever was created. In 2016, the first year the fund accrued money, the Legislature shifted $197 million of its $237 million into the general fund; only $50 million was spent on land acquisition.

Both filed on Feb. 19, neither bills call for a $100 million Florida Forever floor and, as of Thursday afternoon, await committee assignments.

That annual allocation needs to be no less than $100 million, Altman said.

“It’s a huge need,” he said. “The growth we’re seeing in Florida now, and we’ll continue to see, if we don’t do this, we will not meet the recreational or conservation of the people of Florida. I think that’s important not only for our quality of life but for our economic viability.”