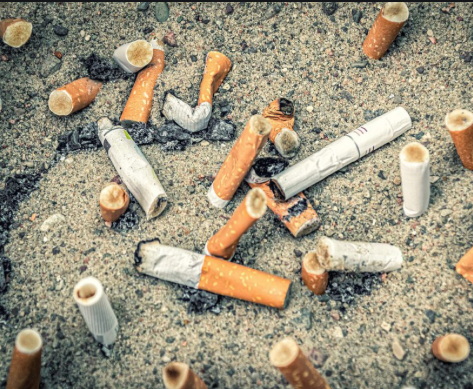 Local governments may soon be able to decide whether cigarette smoking will be permitted at beaches and public parks within their jurisdiction.

On Monday, the Senate Environment and Natural Resources Committee advanced a bill (SB 334) that would empower municipalities to take the lead on smoking regulations with a 5-0 vote.

“This will allow us to get the bad butts off the beach and get the good butts on,” said Republican Sen. Joe Gruters, the bill sponsor.

Speaking to panel members, Gruters noted more than 180,000 cigarette butts were picked up during a single-day cleaning event last year.

Those cigarette butts, he contended, threaten the national reputation of Florida’s beaches and parks.

“It’s disgusting to have that secondhand smoke hit you or to have your kids put their hands in the sand and pick up those cigarette butts,” Gruters said.

Notably, the proposal advanced with an amendment that would exempt cigar and pipe tobacco from regulation.

Chairman Jason Brodeur of Sanford, the amendment sponsor, said the change will help “balance personal liberties with the littering problem.”

Gruters added: “If they become a problem, then I’ll be the first guy back in line to pass the bill to ban the cigars.”

According to a staff analysis, smoking regulations are currently managed by the state.

Gruters said the legislation also would help clear up preemption issues between the state and municipalities.

“The whole goal is really to allow local governments to be able to set up no-smoking zones if they want, [or] allow smoking,” he said. “Give them the power, but let’s get rid of the cigarettes which is the number one item found on beaches.”

Gruter’s proposal moves next to the Senate Rules Committee for its final committee stop.

If signed into law, the bill would take effect July 1.

A similar bill (HB 239) is moving through the House.

The year prior, he filed a bill to outlaw smoking on the beach statewide, but it never received a vote.