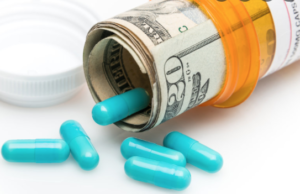 Establishing such a program was one of Gov. Ron DeSantis’ first announced priorities upon assuming office in January 2019.

If approved by the U.S. Food & Drug Administration (FDA) and U.S. Department of Health & Human Services (DHS), Florida officials estimate state residents would save between $80 million and $150 million annually by importing prescription drugs from overseas.

Florida was the first to develop and submit for federal review a state-based drug import program after former President Donald Trump pushed the concept beginning in 2019.

Vermont lawmakers had approved a drug-import plan before the Trump administration launched its initiative but, since 2020, about two dozen states have submitted proposed import plans for federal review.

When Florida lawmakers adopted the first set of proposals outlining a drug import program, Trump was “enthusiastic” about the plan and would take “necessary executive actions to make sure that we can act,” DeSantis said after standing alongside the president as he signed the executive orders in Washington, D.C., in July 2020.

That may change soon.

President Joe Biden Friday issued a sweeping executive order to direct the FDA to coordinate with states on implementing plans to import prescription drugs from Canada.

“In Florida, we’ve led the nation in creating a program to lower prescription drug costs through their importation from Canada,” DeSantis said. “With the issuance of this new executive order directing the FDA to work with states, I expect no further delay in the approval of Florida’s plan to import safe and effective prescription drugs.”

The Biden administration is stepping forward with import plans despite a federal lawsuit challenging lodged by the pharmaceutical industry and its powerful lobbying group, PhRMA, which claims they are dangerous.

PhRMA filed a federal lawsuit against the DHS in November to block states from submitting plans to it and the FDA. It specifically cites Florida’s plan and New Mexico’s plan as illegal.

The Biden administration petitioned to dismiss the suit in May. No ruling has not been issued. Florida has filed a brief in support of the petition to dismiss.

“Today’s filing reinforces Florida’s position – that the lawsuit is another desperate attempt by Big Pharma to prevent the importation of safe and effective prescription drugs from Canada,” DeSantis said on June 2. “Floridians have been waiting long enough for lower prescription drug prices, and it is unnecessary to keep them waiting. I look forward to the dismissal of the suit and the immediate approval of Florida’s plan by the federal government.”

Biden’s order requires federal agencies to work with drug manufacturers to ensure medications purchased in foreign countries meet FDA regulations and include a range of other provisions targeting “anticompetitive practices in health care, tech and the economy at large.”

Florida’s Agency for Health Care Administration (AHCA), which oversees the state’s Medicare program, can begin importing drugs within 90 days of FDA’ approval, according to the Governor’s Office.