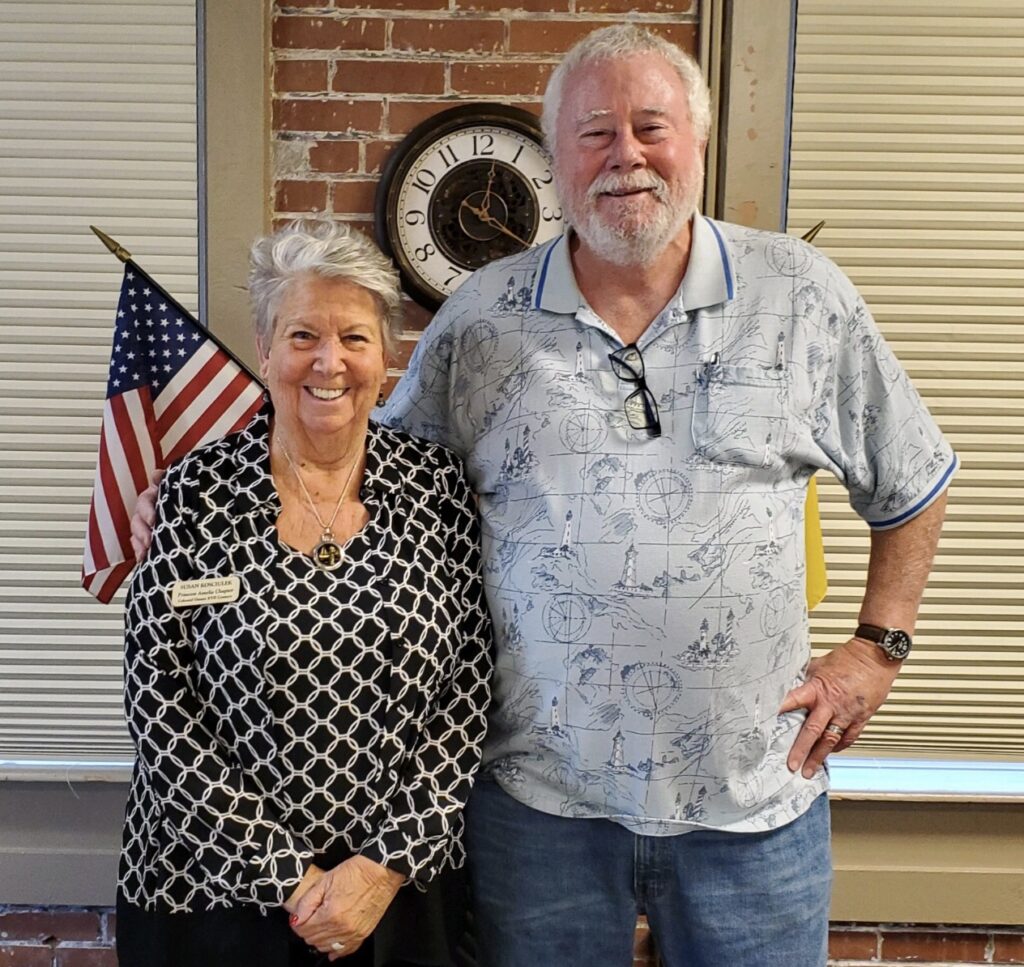 Local historian Chris Belcher spoke to the Princess Amelia Chapter Colonial Dames of the XVII Century at its quarterly meeting. Belcher, whose area of concentration is in the Amelia Island Light, inherited his love for this local landmark from his father, noted local historian Hal Belcher. The younger Belcher’s presentation to the Princess Amelia Chapter highlighted our lighthouse’s history, as well as information about the light’s first keeper, Amos Latham. Latham, who rests in Bosque Bello Cemetery, was a veteran of the Revolutionary War who came with the lighthouse when it was moved from Georgia to its current location on Egan’s Creek. Standing with Mr. Belcher is chapter librarian Susan Kosciulek.

Colonial Dames XVII Century is a national, lineage-based organization of women with documented ancestors living in the country before 1701. Its primary mission is the preservation of historic sites and records, promotion of heraldry and coats of arms, support of charitable projects, and the education of the nation’s children.