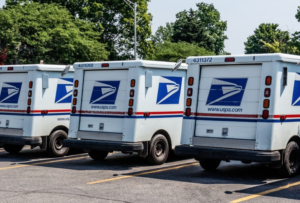 In the November elections, the U.S. Postal Service is perfectly capable of handling an avalanche of vote-by-mail ballots, says a think tank white paper released July 22.

If new cost-cutting Postal Service policies put in place by Postmaster General Louis DeJoy continue to slow mail delivery, the report’s conclusions may become moot. But author Nick Zaiac, an associate fellow at the center-right R Street Institute, contends that even if COVID-19 is still a crisis during the early-voting season, the post office is capable of answering the challenge.

“They have plenty of physical capacity. They have lots of experience with moving mail through all kinds of disasters and with all kinds of staffing shortages,” he said. “These ballots can pretty much just be normal mail and, assuming it gets into the system in time, and people put it in the mail in time to get to be returned, its infrastructure should be adequate to handle this election in a timely and generally successful fashion.

Florida is one of the states with “a fairly short lag between when ballots arrive and when they need to be back to the Postal Service, Zaiac reported. His advice is to request a ballot early, then fill it out and mail it back immediately. Better yet, he recommends, hand-deliver it to the election supervisor’s office or leave it in a dropbox at an early voting site.

A University of Florida poll of 11,000 registered voters conducted in July found that just over 60% of all respondents said they intend to vote by mail in the General Election, with about 14% saying they would vote early in person and nearly 19% waiting until Election Day.

Regarding rumblings about the government defunding the Postal Service, Zaiac said there’s not much to defund.

“The Postal Service largely is a self-financing agency. They do borrow from the Treasury,” he explained. “But the only real tool outside federal officials have beyond law is attaching conditions on these Treasury loans to the Postal Service. The Postal Service does lose money, but they have plenty of cash on hand to go well into 2021, so they can make it through the election.”

“While R Street supports conservative values, including free markets and limited government, Zaiac claims their views on postal services are one of its most centrist. We explicitly argue for not privatizing the Postal Service,” he said. “We believe it should be a government entity because it does a lot of important government functions that can’t be replicated in the private sector, at least with quite with the oversight.”