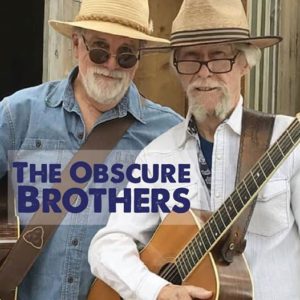 No one is better able to capture the nuances and foibles of all things Florida than Bob Patterson, recipient of a Lifetime Achievement Award from the Florida Storytelling Association. He is a professional singer, songwriter, and storyteller with over forty years of experience performing at clubs and festivals all over the United States, and on nationally syndicated radio and television programs.

Patterson moved to Florida in 1969 and became an integral part of the Florida folk music scene. Co-founder of the Gamble Rogers Folk Festival, his songs have been recognized by the American Song Festival and The Best of Florida Song Writing Competition. With a distinctive voice and 12- string guitar technique, Patterson takes us on a trip through the real Florida that is filled with humor and folklore of the people. Even his traditional tales are woven in such a way that they appear to be part of the Sunshine State’s landscape. His stories tie us back to the land, to the plants and animals, to Florida’s precious water, and to Florida’s real people. His poignant music and stories will evoke nostalgia for a way of life that is quickly fading.

Bob Patterson will appear in concert with Charley Simmons, performing together as “The Obscure Brothers.” Simmons, too, is an award-winning singer/songwriter and multi-state Guitar Champion. This unique duo will showcase their songwriting and performing abilities in the folk, blues, swing, bluegrass and jazz tradition on Saturday, Aug. 17th at 7:30 pm at Story & Song Bookstore Bistro. $20 tickets may be purchased in advance at StoryandSongBookstore.com or by calling (904) 601-2118.