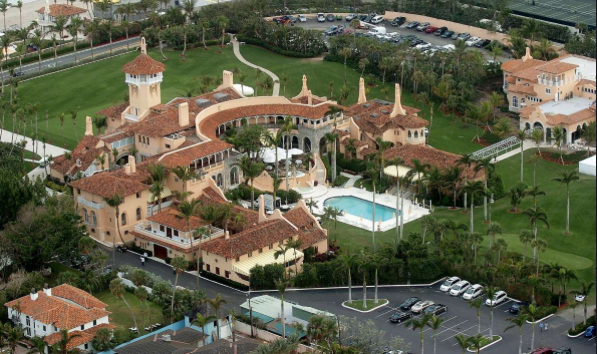 Mounting troubles at his newly adopted home will confront President Donald Trump when he assumes permanent Florida residency in Mar-a-Lago after he leaves the White House.

Most notably: can Trump legally live in his revenue-generating, members-only club under a 27-year-old agreement?

And, if Mar-a-Lago is a business, must it comply with the same local and state rules other businesses do? If so, then it should be fined and closed, a newly elected state representative is demanding.

In a letter Saturday to Assistant Palm Beach County Administrator Todd Bonlarron, state Rep. Omari Hardy, D-Lake Worth, called on the county to shut down Mar-a-Lago after its New Year’s Eve party.

Hardy cited an attached video, one of many widely-circulated on social media, showing dozens of people dancing and drinking without masks as rapper Vanilla Ice performed.

“Mar-a-Lago is a club. A club is a business. Businesses must comply with Palm Beach County’s mask order,” Hardy wrote, warning the party poses a “super-spreader” risk.

“My constituents are not snowbirds like [Donald Trump Jr.] & [Kimberly Guilfoyle],” Hardy tweeted. “My constituents live here. This is their home, and they’re going to have to deal [with] the consequences of a potential super-spreader party at Mar-a-Lago long after Junior & wife leave here on their private jet.”

Palm Beach County has imposed a mask requirement for businesses and public spaces through Jan. 20. It includes a $250 fine for the first violation, $350 for the second and $500 for each additional violation.

“I recognize the president is a powerful person and that his business, Mar-a-Lago, is a daunting target for enforcement, but the law is the law,” Hardy said. “The county’s mask mandate applies to all businesses in Palm Beach County. The presidency does not confer to the president and his friends a special privilege to endanger the health and welfare of Palm Beach County’s residents.”

Hardy said he has been collaborating with Daniel Uhlfelder, the Santa Rosa attorney who unsuccessfully sued President Donald Trump’s reelection campaign for “super-spreader” rallies and DeSantis for not closing beaches. He is known best as the guy who haunts Florida waterfronts in Grim Reaper garb.

“Mr. Uhlfelder and I have discussed various options for ensuring that the county’s mask mandate is enforced and that no business owner is given special treatment,” Hardy said.

Trump, however, faces a stickier situation regarding his move to Mar-a-Lago.

When he turned the private residence purchased in 1985 into a private club in 1993, Trump agreed with the town of Palm Beach to limit membership to 500 and stays to no more than seven consecutive days and three weeks annually, including for Trump and his family.

Some Palm Beach residents said they will take legal action to ensure the town enforces the agreement, which the Trump Organization said doesn’t exist.

Attorney Reginald Stambaugh called on the town council in December to protect property values and relieve anxiety over security, traffic and noise.

“Palm Beach has many lovely estates for sale,” Stambaugh wrote. “Surely (Trump) can find one which meets his needs.”