As two juveniles were walking in the 1000 block of Atlantic Avenue, the driver of a vehicle parked on the side of the road instructed them to approach his car. The boys tried to walk past the car, but the driver moved the car to block them. The driver had now donned a pink bandana which covered his face.

The driver also brandished a Tec-9 semi-automatic handgun and ordered the juveniles to get into the car. The vehicle was occupied by a front seat passenger that exited the car, opened a back door, and ordered the boys to get into the back seat of the car. The juveniles refused to get in the car; offering up their cell phones and their money instead. The driver then demanded those items. The juveniles relinquished their property to the driver and the driver then sped away; fleeing the area.

The incident occurred on May 18th and the boys were subsequently able to give police a physical description of both suspects and a partial license plate number of the suspect vehicle. The description given for the driver matched that of an individual recently suspected of stealing a Tec-9 handgun. 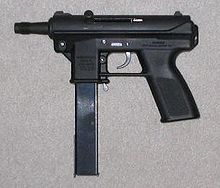 Investigative leads identified Eaton as the vehicle driver of the suspect vehicle. Post Miranda, Eaton confessed to robbing the victims at gunpoint using the aforementioned stolen Tec-9. Eaton implicated a friend, Wilbert Morris Jr., as the passenger who helped facilitate the armed robbery. According to Eaton, he and Morris split the money.

Eaton further advised that the pink bandana he wore over his face to conceal his identity and one of the stolen cell phones could be found inside the car. A Search Warrant was obtained for the car and the pink bandana and a cell phone were recovered from the trunk. An arrest warrant will be sought for Wilbert Morris.

Corey Eaton is being held at the Nassau County Jail on more than $225,000.00 bond, on charges that include Attempted Kidnap, Armed Robbery, Grand Theft, and Grand Theft of a Firearm.