“Visitors need to be escorted, and AYA members are standing by to show you around. Come by Fernandina airport any time between 10:00 and noon on Tuesday, 10/1/2019.”

Look, up in the sky. It’s a bird, it’s a … no wait, it’s four small planes flying close together. While formation flying is not a program of the American Yankee Association, it is the first thing people notice when the AYA annual convention comes to town. Many AYA members are trained in the discipline of close flight, and they take advantage of the annual get together to join up with others. 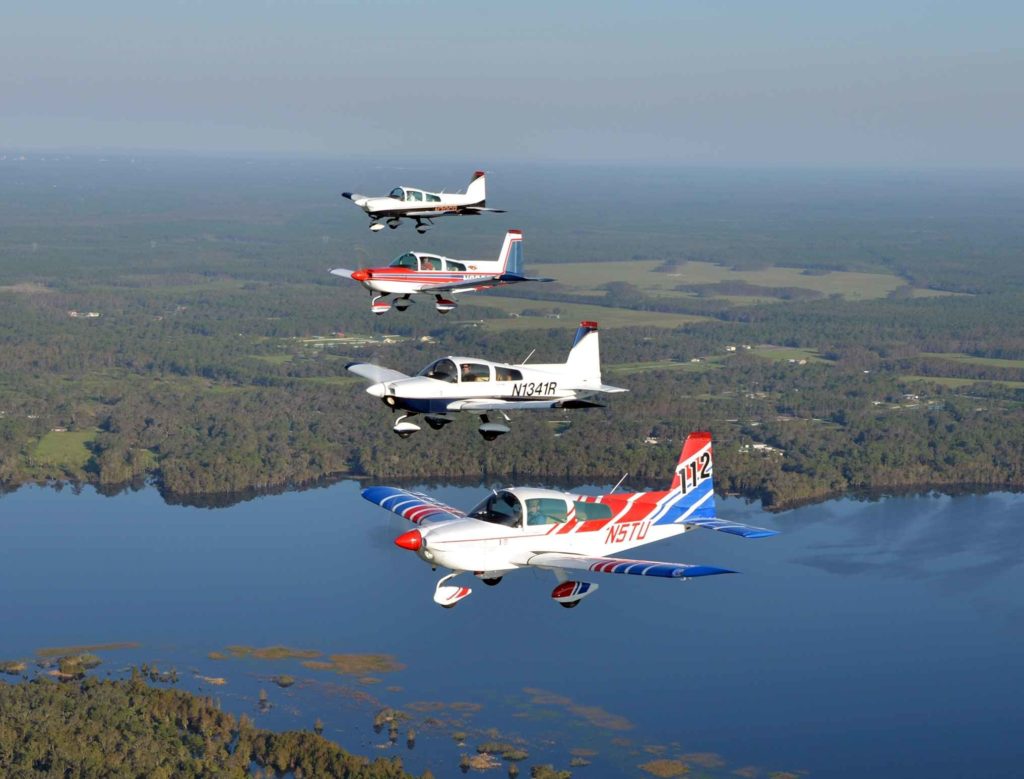 The American Yankee Association is one of the oldest airplane type clubs, having been organized in 1975. Just about every year since then they have held a convention, alternating between east coast, west coast and locations in America’s central heartland. This year it is Fernandina Beach’s turn.

During the convention members attend seminars on maintenance, navigation, safety and Federal regulations. They also have fun attempting to hit a ten square foot target with a bag of flour from 200 feet in the annual flour bombing contest. Following two attempts they then attempt to land on a line of chalk on the runway. The closest successful attempt wins the prize.

There are also ground contests, such as the precision taxi event, in which pilots attempt to break eggs with their nosewheel while taxiing through a serpentine course on the ramp. One of the more challenging events is the rigged pre-flight in which a number of things have been removed, altered or otherwise disabled. The contestant has just 60 seconds to discover them all.

All of these events and others are scheduled for Tuesday, October first, and the general public is invited to come and watch. It is also a chance to learn more about general aviation and the airplanes that private pilots fly. Visitors need to be escorted, and AYA members are standing by to show you around. Come by Fernandina airport any time between 10:00 and noon on Tuesday, 10/1/2019, and we’ll be happy to welcome you.

The American Yankee Association is the type club for owners and pilots of the airplanes commonly referred to as “Grummans”. While the various models were built over the years by several different companies, most of them were built in the 1970s by Grumman American Corporation, hence the name Grumman.