Most Amelia Island residents are aware of the 6.2 mile Amelia Island Trail which extends from Peter’s Point Beachfront Park to the south end of the George Crady fishing bridge. Since its completion and designation as part of the East Coast Greenway in 2013 trail traffic has increased steadily. Friends of the Amelia Island Trail President Mike Pikula noted increased numbers of cyclists and walkers using the trail especially during the Wednesday morning social ride of the North Florida Bicycle Club. Led by North Florida Bike Club members the Wednesday morning ride attracts 20 to 30 riders each week. 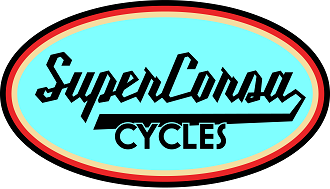 The Florida Department of Transportation (FDOT) has awarded a contract for the trail design for the 2.2 mile Simmons Road segment of the Amelia Island Trail and design work is under way. Construction start is planned for 2017 with completion of the paved trail in 2018. The developer of Crane Island has informally agreed to provide a connecting trail from the western end of the future Simmons Trail to an overlook on the Amelia River. The Friends of the Amelia Island Trail have raised $5,700 for trailside amenities such as information kiosks, benches and signage. Additional donations are still encouraged and appreciated.